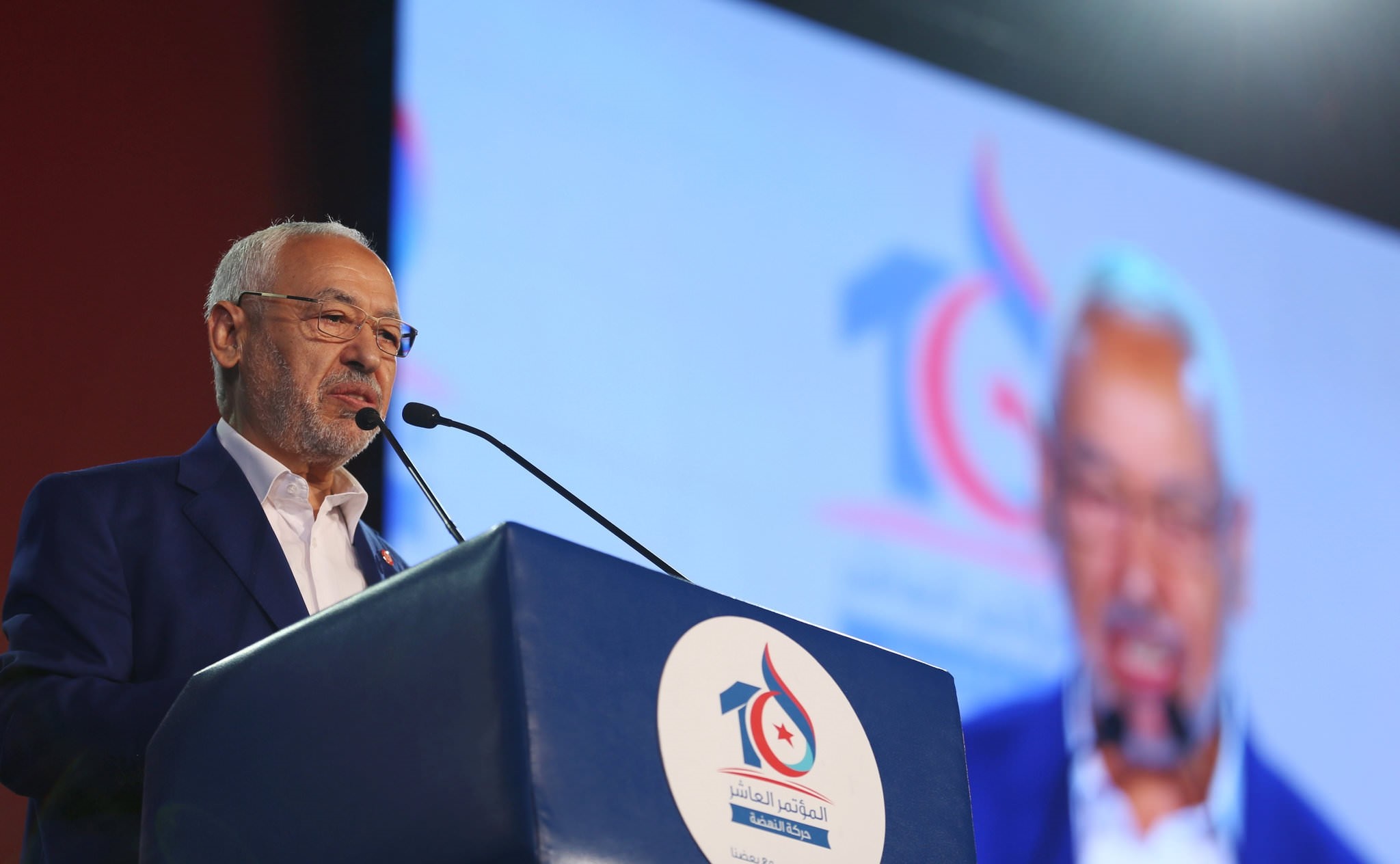 The leader of Tunisia's Ennahda Movement touted his party differentiating between its political and proselytizing aspects as a kind of "maturity" that is in harmony with the constitution.

Speaking to Anadolu Agency on Thursday, one day before the start of his party's 10th conference, the movement leader Rashid Ghannoushi asserted that Tunisia's interests come before concerns about being in power.

"If we saw our presence in power will threaten the democratic path, then Tunisia is more precious for us than power," Ghannoushi said, referring to his party's move in summer 2013 to cede leadership to a technocratic government.

Ghannoushi asserted his support to the current coalition led by the Nidaa Tounes Party, despite the reduction of its lawmakers' seats from 86 to 59 after a group of Nidaa deputies resigned to form their own party.

"After the revolution we are facing a political scene that has not been formed yet and Ennahda is the most stable piece, considering it existed before the revolution that opened the closed doors for it," he said describing the other parties, including Nidaa Tounes, as "entities that came after the revolution and therefore are still in formation".

Earlier this month Ghannoushi said that his movement is about to become a party that is concerned only about political work, particularly reformation of the state, and to leave other fields to civil society-independent from political parties, including Ennahda-to deal with.

This is "beneficial for a political party that has an Islamic background, as we do not need politics isolated from religious values but politics with Islamic motives and values," he said.

Opponents of Ennahda accuse the movement of mixing religion with politics.

Ghannoushi denied that his party relinquished the principles of the Tunisian revolution in January 2011 via its stance of economic reconciliation with the previous regime of ousted President Zine El Abidine Ben Ali, asserting that his movement will fight corruption but without "revenge".

"Yes we made concessions but we did not concede our principle, not the principles of the revolution nor the principles of Islam," Ghannoushi said. "We do not want to mix fighting corruption and the policy of revenge. We are with a national reconciliation that includes accountability and apologizing to the victims as well as a direction to the future with a spirit of tolerance."

The Tunisian government on May 5 signed an accord of arbitration and economic reconciliation with Slim Chiboub, a Tunisian businessman who is also Ben Ali's son-in-law.

Under the deal, Chiboub should pay back funds the judiciary proves were acquired by corruption under the Ben Ali regime, while the state annuls previous judgments against him.

Ghannoushi emphasized Ennahda's 10th conference, which is expected to witness elections for the movement's president from among many candidates.

The Ennahda Movement, established in 1972, to date has held nine public conferences, including five secret ones between 1979 and 1991, when it was blocked by the authorities, as well as three conferences abroad in the Netherlands and Britain between 1995 and 2011.

The ninth conference was held in Tunisia in 2012, when it led the ruling coalition after winning the October 2011 legislative elections.