50,000 flee their homes in Niger border town due to Boko Haram attacks 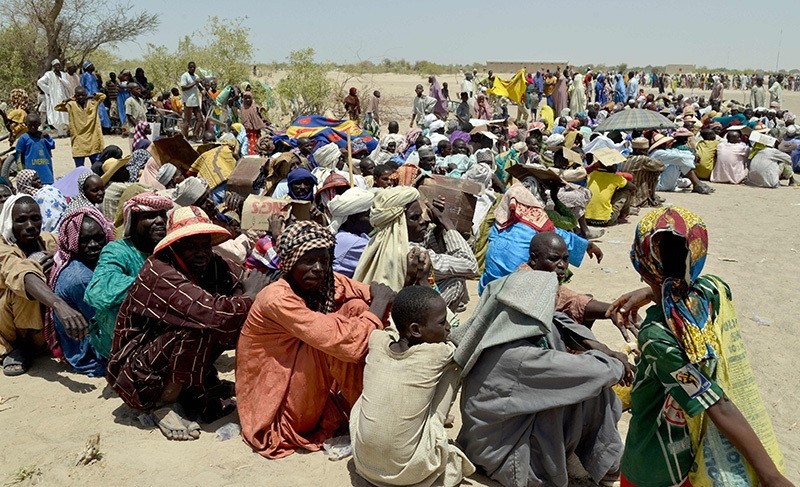 While the European Union is trying to find a way to cope with the refugees arriving from Libya, humanitarian conditions just south of the Saharan Desert continue to remain in terrible shape amid violence and poverty

More than 50,000 people have been forced to flee their homes in southeastern Niger after a series of attacks by Boko Haram terrorist group, the United Nations refugee agency said Tuesday.

Attacks by the Nigeria-based fighters on Friday, Sunday and Monday on the town of Bosso and its military post forced people to flee to Toumour, about 30 kilometers (19 miles) to the west, the agency said.

The U.N. also said the security and humanitarian situation in the Diffa region has worsened. A May 31 attack in the town of Yebi killed nine people and forced 15,000 to flee.

Hundreds of Boko Haram extremists overnight Friday looted stores and burned houses in Bosso before fleeing with weapons and ammunition as the military pushed them out, officials said.

"The town of Bosso is totally under control," he said.

Niger contributes to a multi-national force set up to fight Boko Haram in the region, where attacks in recent years have killed at least 20,000 people and displaced 2.7 million, according to Amnesty International and the U.N.

The Nigeria-based militants pledged support for the Daesh last year.