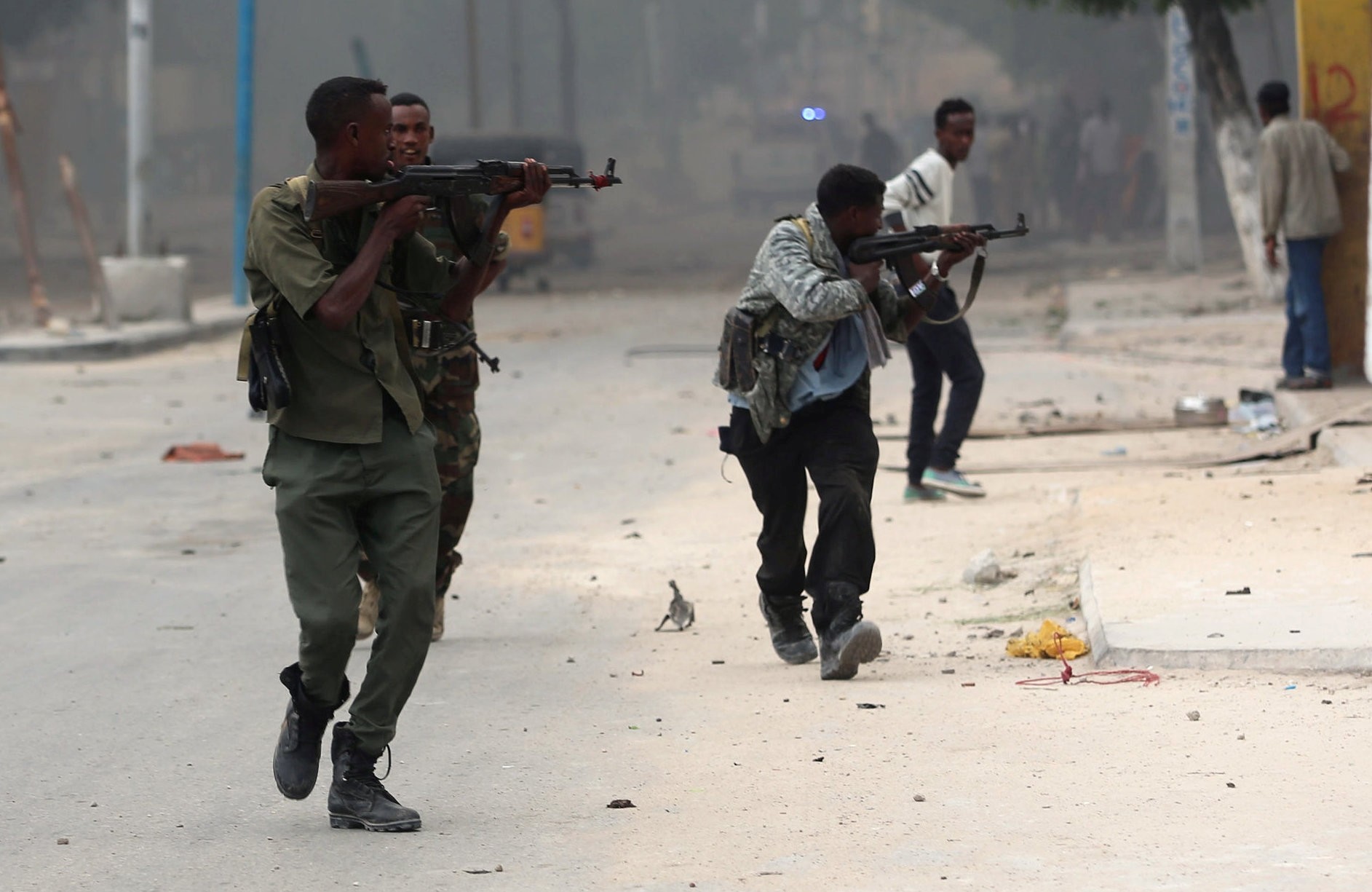 Somali government soldiers run to take their positions during gunfire after a suicide bomb attack outside Nasahablood hotel in Somalia's capital Mogadishu, June 25, 2016. (Reuters Photo)
by Daily Sabah with AP Jun 26, 2016 12:00 am

A Somali Cabinet minister is among the 15 killed in a terror attack on a hotel in Somalia's capital, police say.

Four attackers also died in the assault which was claimed by al-Shabaab terrorist organization, the Somalian affiliate of al-Qaida. 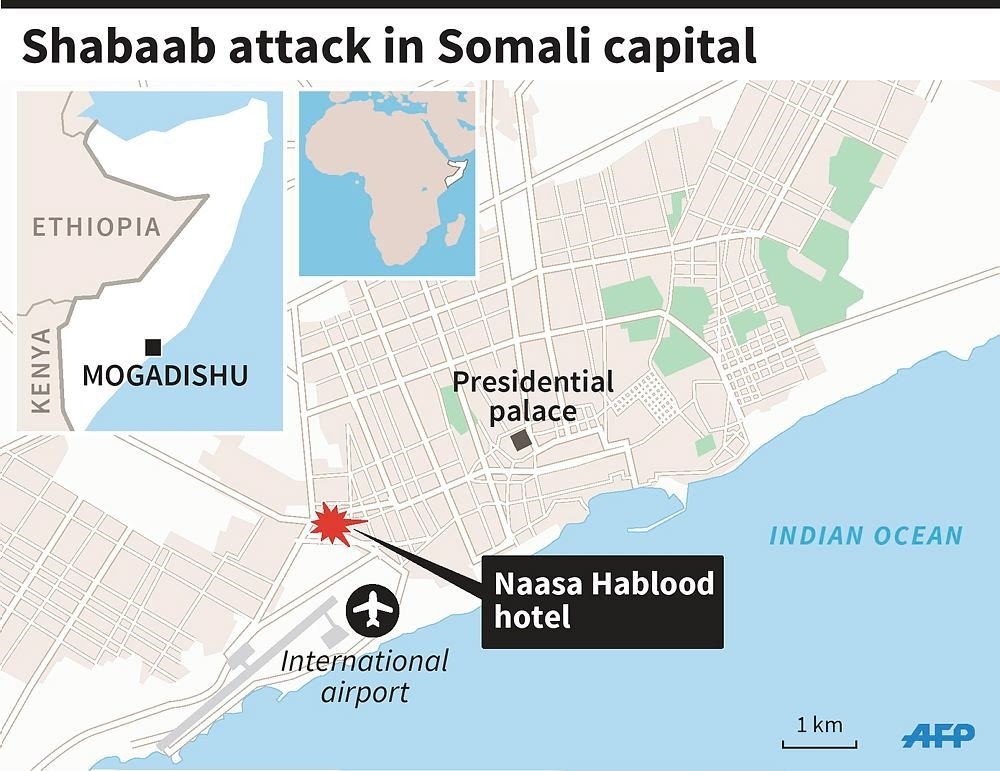 State Minister for the Prime Minister's Office, Buri Hamza, was among those killed, said Capt. Mohamed Hussein, a senior Somali police officer. Hamza died when his hotel room collapsed Saturday because of the powerful car bomb which militants used to blast their way into the Nasa-Hablod Hotel.

At least 34 people were injured, according to police and hospital sources.

It is the second attack on a hotel since the beginning of the Muslim holy month of Ramadan in early June. Both attacks have been claimed by al-Shabab.

The attacks have raised concerns about the security of hotels in the seaside capital which has seen numerous attacks by al-Shabab in recent years.

"The trend and lethality of such attacks suggest how vulnerable the security of hotels and the city in general are now," said Mohamed Sheikh Abdi, a Somali political analyst.

"By carrying out such attacks, al-Shabab aims to portray itself as the stronger and dominant force when it comes to the security of the city," he said. "Many residents now shun going to hotels that provide some of the few sources of entertainment available in Mogadishu."