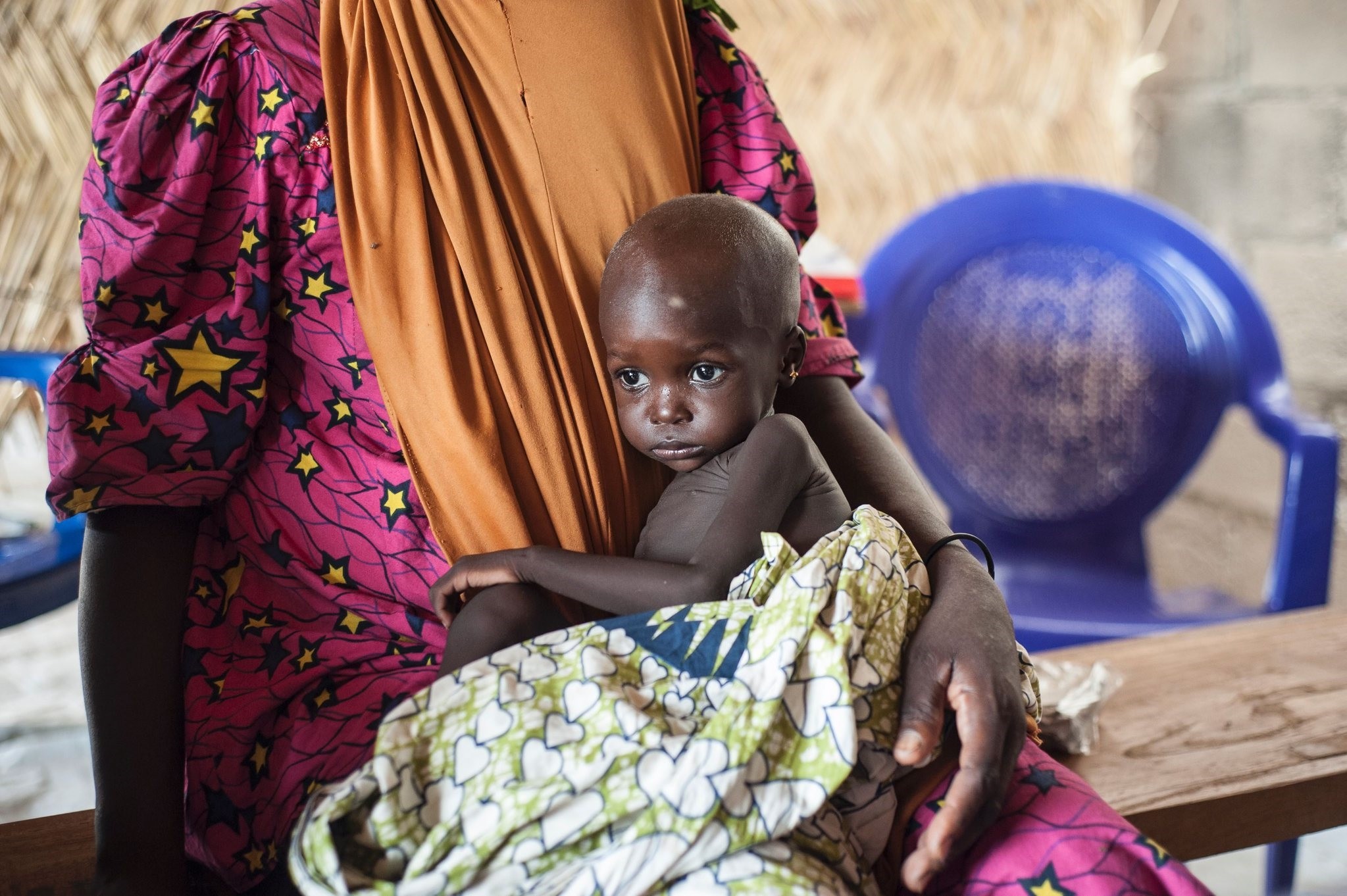 Nigeria has pledged to do more to tackle food shortages among people made homeless by Boko Haram, as the United Nations warned some 50,000 children could starve to death this year. (AFP Photo)
by reuters Jul 29, 2016 12:00 am

The United Nations has temporarily suspended aid deliveries in Nigeria's northeastern state of Borno, the former stronghold of Boko Haram militants, after a humanitarian convoy was attacked, the U.N. children's agency UNICEF said on Thursday.

UNICEF said in a statement that unknown assailants attacked the convoy on Thursday as it returned to Maiduguri from delivering aid in Bama, injuring a UNICEF employee and an International Organization for Migration contractor.

Nigerian army spokesman Sani Usman said troops were escorting the humanitarian convoy when it was attacked by "suspected remnants of Boko Haram" and that two soldiers and three civilians were wounded.

Nearly a quarter of a million children in Borno suffer from life-threatening malnourishment and around one in five will die if they do not receive treatment, UNICEF said earlier this month.

Medecins Sans Frontieres said on Wednesday that severely malnourished children were dying in large numbers in northeast Nigeria, where food supplies are close to running out.

By 2014, Boko Haram controlled territory nearly the size of Belgium in northeast Nigeria until most of it was recaptured last year by the Nigerian army and troops from neighboring countries.

More than 15,000 people have been killed and at least 2 million displaced by Boko Haram's insurgency in Nigeria. The group has carried out suicide bombings in northeast Nigeria and neighboring Cameroon, Niger and Chad.