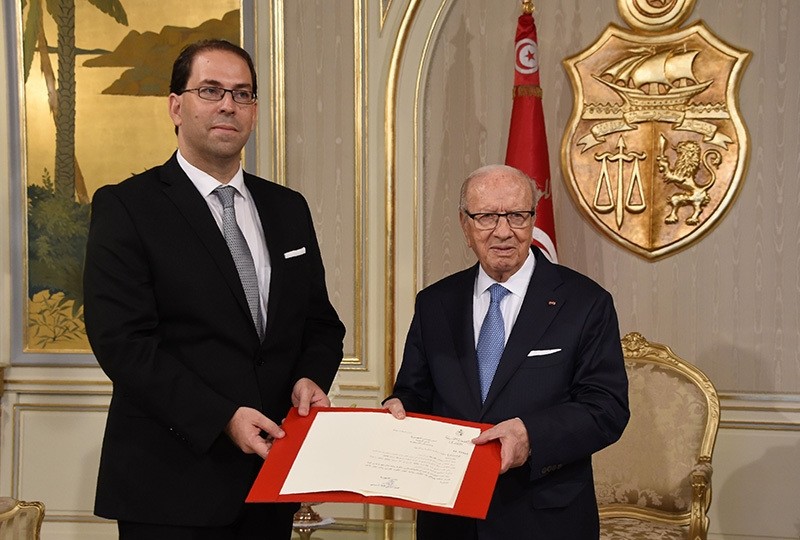 Tunisia's President Beji Caid Essebsi named Youssef Chahed as prime minister on Wednesday after parliament ousted Habib Essid in a vote of no-confidence because of his handling of economic reforms and security.

A junior minister in Essid's government, Chahed, 41, is an agricultural sciences specialist and academic who has taught in France and Tunisia, and also a senior member in the secular Nidaa Tounes party.

Chahed helped found Tunisia's Tareeq al-Wasat ("Middle Way") party in the summer of 2011. The party was later merged with the centrist Nidaa Tounes party, which has led the government since 2014.

Essebsi had been pushing for a new national unity government in an attempt to overcome political infighting in the ruling coalition and more efficiently tackle economic reforms and the threat of Daesh militants.

"The president has put me in charge of the national unity government. This is a message of confidence for young people also," Chahed told reporters. "In this delicate time we need a lot of audacious decisions."

Chahed dismissed reports he had any family ties to Essebsi, responding to opposition charges that he was a distant relative of the president. Local media and party sources have also said he has family ties.

Nidaa Tounes and the Ennahda party, both part of the ruling coalition, control a majority of the seats in parliament, which means Chahed's nomination is likely to be accepted by lawmakers when they vote on his approval.

Since its 2011 revolution to oust Zine El Abidine Ben Ali, Tunisia has grown into a democracy praised as a model for the region. But militant attacks have tested the government and political infighting has slowed economic progress needed to ease social tensions especially among ranks of young employed.