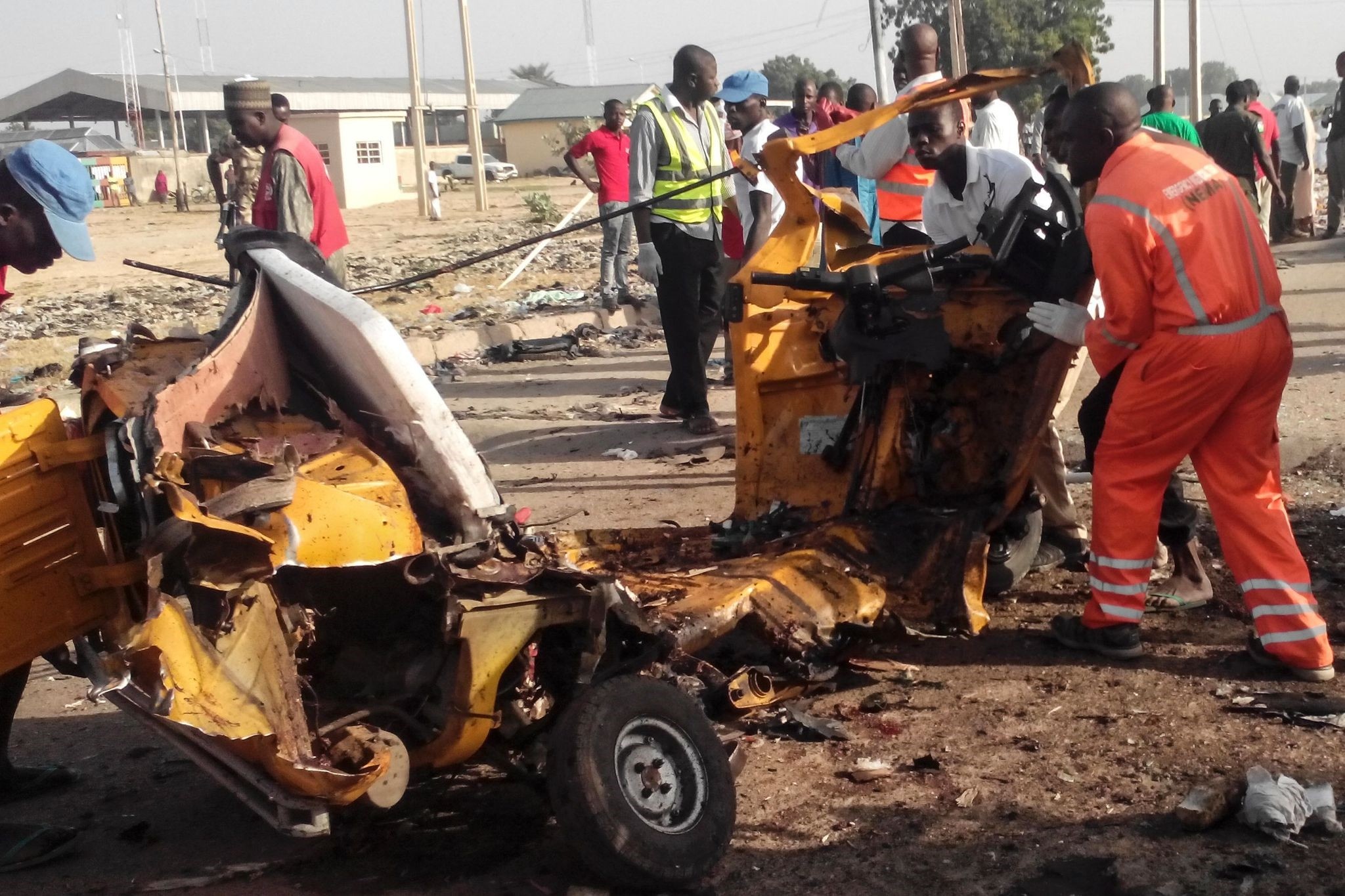 Fifty-six civilians were killed and 177 others were injured in two suspected suicide blasts in northeastern Nigeria's Madagali town on Friday, according to a local media reports.

Madagali Council Chairman Yusuf Muhammed told the News Agency of Nigeria 57 of the injured were in critical condition, while 120 of the victims were minors.

An army spokesman had earlier said 30 civilians were killed and 67 others were injured in the blasts.

The injured were taken to hospitals in Mubi and Gulak towns, Maj. Badare Akintoye told reporters.

Akintoye said the bombings took place at a local grain market in the morning, adding the attack was allegedly carried out by two female suicide bombers.

Madagali is a few kilometers away from the Sambisa Forest, which is considered as one of the biggest fortresses of the Boko Haram militants.

The town was seized by militants in 2014 but it was later liberated in March 2015 during the army's crackdown on the group.

Militants have stepped up suicide bombings and ambushes, especially in the Boko Haram birthplace of Borno State where a report earlier this week said some 240 civilians have been killed so far this year. The army too has also lost several high profile officials and soldiers in ambushes carried out by the militant group.