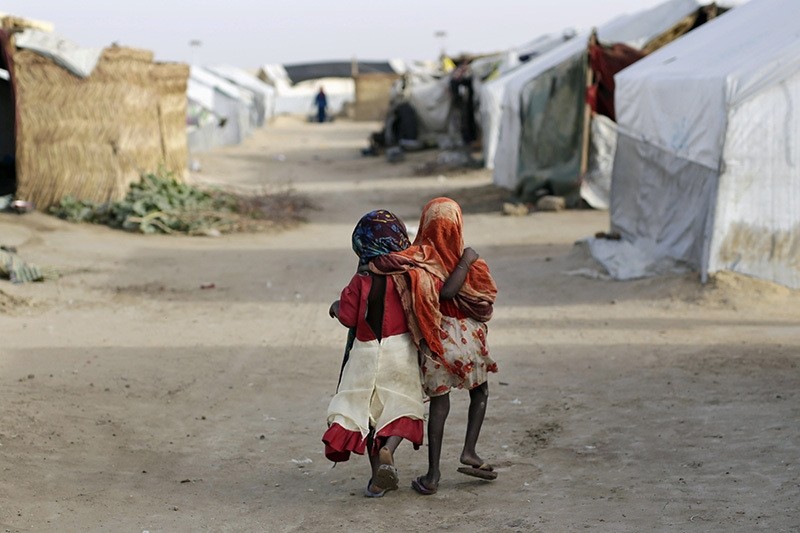 Turkish aid worth over $150,000 to help 6,000 homeless families in Chad has been described as a "relief" to those who fled conflict in the neighboring Central African Republic in 2013.

The Turkish Directorate of Disaster and Emergency Management (AFAD) on Wednesday donated humanitarian aid to the Chadian families living in the Gaoui camp near the capital N'Djamena.

Described as "returnees" in Chad, the families had been living in the CAR when a sectarian crisis broke out in Bangui three years ago.

Since then, the local authorities in Chad have struggled to cope with the influx of returning citizens.

Albert Deodeo, an official of the Chadian Ministry of Social Affairs, welcomed the Turkish aid. In this period of crisis, the Chadian state lacks resources and needs the help of partners like Turkey, Deodeo told Anadolu Agency.

Head of the AFAD delegation to Chad, Fatih Ozer, said the Turkish organization had acted "from the beginning of the crisis" and would continue to support the families living in the camp.

Ozer said AFAD had been active in more than 150 countries, including Chad, since 2014.

The AFAD delegation also visited the Chadian Council of Islamic Affairs to discuss various humanitarian projects that the Turkish institution intends to undertake in the near future.