US concludes anti-Daesh campaign in Libya 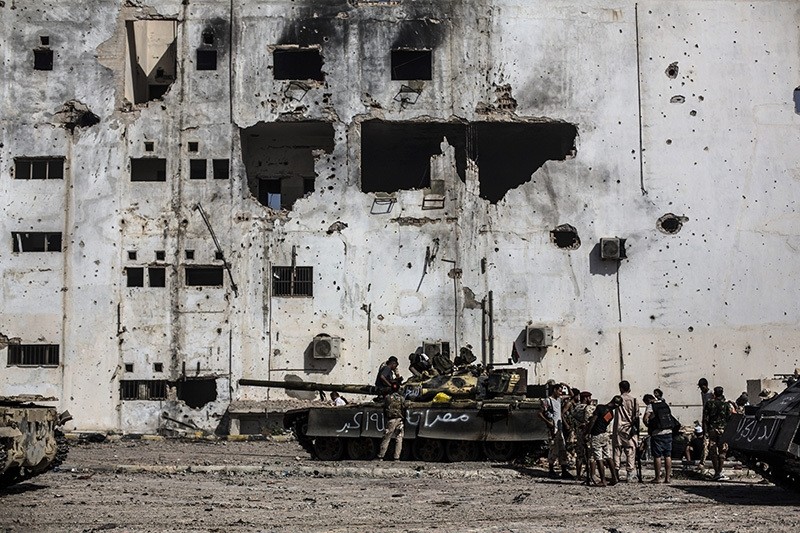 In this Sept. 22, 2016 file photo, fighters of the Libyan forces affiliated to the Tripoli government rest and reload weapons during an offensive against Daesh, in Sirte (AP Photo)
by Compiled from Wire Services Dec 20, 2016 12:00 am

The U.S. says it has concluded its campaign against Daesh's affiliate in Libya after the downfall of the group in its only remaining foothold in the chaotic North African country.

In a statement released on Tuesday, The United States Africa Command says that it carried out 495 airstrikes against militant vehicles and positions in the former Daesh stronghold of Sirte.

It said that the U.S. will continue to help Libyans "counter the evolving threat" of Daesh.

U.S. warplanes intervened in August after the fight against Daesh had stalled. The assault led by militias from the adjacent city of Misrata started in June and ended this month with the announcement that Daesh forces in Sirte had been vanquished.

Libya has been wracked by turmoil since 2011, when a bloody uprising ended with the ouster and death of longtime strongman Muammar Gaddafi.

Following Gaddafi's death, the country's stark political divisions yielded two rival seats of government -- one in Tobruk and another in Tripoli.

Last year, the two rival governments signed a UN-sponsored agreement in Skhirat, which subsequently led to the formation of a unity government.

The unity government, however, has so far failed to assume its ruling mandate across the troubled North African country, while armed conflict remains rife between Libya's warring political factions.