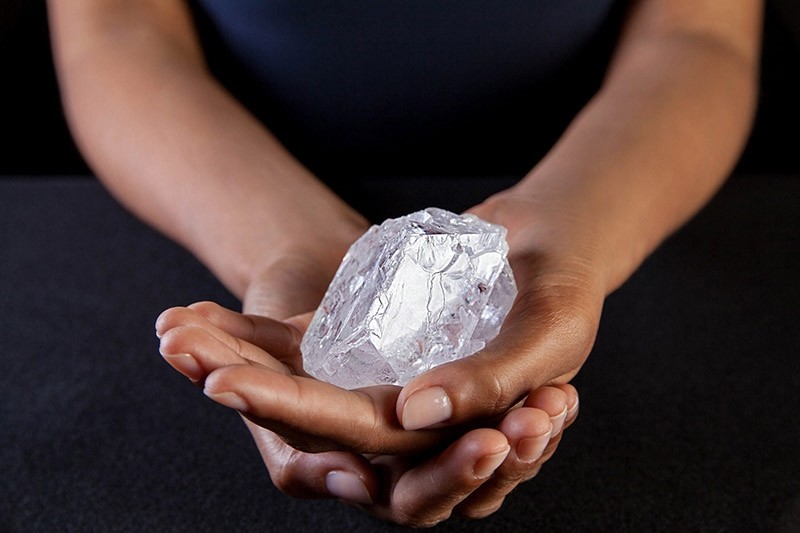 One of the world's largest uncut diamonds has been found by a Christian pastor in eastern Sierra Leone, an official said Thursday.

The 706-carat diamond is believed to be one of the 20 largest ever found and could be worth up to $5 million.

The rough gem was presented to President Ernest Bai Koroma on Wednesday evening before being locked in the central bank's vault in capital Freetown.

Pastor Emmanuel Momoh was alluvial mining in Kono district when he discovered the diamond -- the biggest found in the country since the discovery of the 969-carat Star of Sierra Leone in 1972.

"Receiving the diamond President Koroma thanked the chief and his people for not smuggling the diamond out of the country," it added, referring to the Tankoro chiefdom where Momoh uncovered the gem.

It will be sold in Sierra Leone with a "transparent" bidding process to the benefit of the community and country, the statement said.

The sale of "blood diamonds" helped finance civil wars across Africa in the 1990s and often funded military dictatorships in a continent that the London Diamond Bourse estimates provides 65 percent of the world's diamonds.

In one of the most notorious cases, former Liberian warlord Charles Taylor was found guilty of supporting the rebels in exchange for diamonds mined by slave labor.

And the district where the 706-carat diamond was discovered is where US-Belgian businessman Michel Desaedeleer, accused of enslavement and diamond trafficking during Sierra Leone's civil war, is alleged to have committed his crimes.

He died in jail in September before he could stand trial.

The death toll from Sierra Leone's civil war is estimated at 120,000 in a country that now has roughly six million people, making it one of Africa's deadliest conflicts in recent history.

The government of Sierra Leone has attempted to crack down on cross-border diamond trafficking to persuade foreign investors that "blood diamonds" are a thing of the past.

The diamond presented Thursday, once confirmed by experts, is expected to rank among the largest ever found.

A 1,111-carat diamond was discovered at a mine in Botswana in 2015, the biggest find for more than a century.

That gem is second in size only to the Cullinan diamond which was unearthed in South Africa in 1905, at 3,106 carats uncut, according to the Cape Town Diamond Museum.

The Cullinan was cut into several gems, including two set into the scepter and crown of the British Crown Jewels.