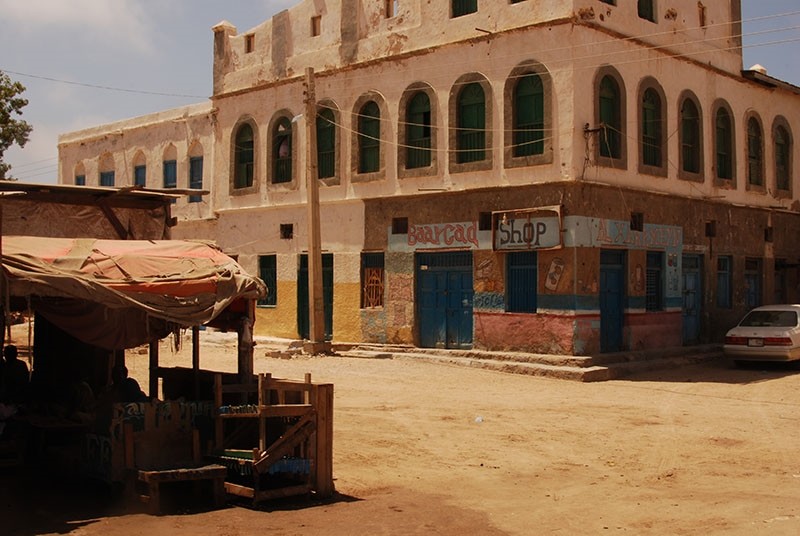 The land along the road into Berbera is barren and empty. Somaliland's small, rusty Gulf of Aden port which for centuries made the town prosperous rises suddenly out of the ground as the road hits the coast.

The crumbling town has languished for decades, but its fortunes look set to change following a multi-million dollar deal to revamp the port which has triggered a rush to buy land.

Berbera, along the coast from Djibouti, has been a backwater since 1991 when Somaliland broke away from Somalia following a bloody civil war.

The town's buildings, some dating back to the Ottoman era, stand neglected. Unemployment is rampant, exacerbated by a devastating drought that has decimated livestock, a backbone of the export economy.

But last September Somaliland's government, which is not recognized internationally, signed its largest-ever investment deal which could allow Berbera to become a major trading hub for goods to and from the Horn of Africa.

The development will be carried out by DP World, a multinational port operator from the United Arab Emirates, which has valued the project at more than $400 million. The deal was followed by another with the UAE, signed in March, for a military base a few kilometers down the road.

Locals and investors believe Berbera is on the brink of an economic boom that will make the town wealthy once more.

Adan Abokor, a researcher at the Rift Valley Institute in the capital Hargeisa, says the project has sparked a "land rush", as diaspora Somalilanders and wealthy businessmen from nearby regions flock to buy a piece of the town.

Though the surrounding land appears deserted, brick foundations enclose recently demarcated plots from the airport to the coast. Freshly built walls sprout into the distance.

"There has been more building in the last two years than in the whole period from 1991," said Jimale Abdulahi, a local government official.

But not all residents are happy.

Land has long caused trouble throughout Somaliland, and is behind the majority of violent incidents recorded in towns and cities, the Hargeisa-based Academy for Peace and Development (APD) reported in 2010.

Clan disputes have for years been drivers of conflict, aggravated by the destruction or loss of legal documentation during the civil war, leading to competing title claims.

Despite the existence of a national land law since 2001, clan ownership is still seen as the dominant, if unofficial property ownership system throughout most of the country.

In Berbera, the Isa Musa clan has dominated local politics since the late 1990s, and some fear the arrival of outsiders will threaten this.

Sayeed "Sonny" Sayeed, a young resident, told the Thomson Reuters Foundation that many in the town are suspicious of the port deal, suspecting the plans will alter Berbera's clan composition.

"People from other regions want to take over," he said. "If they move here then new people will be born in this place, so that they can vote here."

His friend, Ahmed Nazal, said returning members of the diaspora were welcome, but only if they originally hailed from the area.

"If not, they should go and invest in their own regions," he said.

Others who spoke to the Thomson Reuters Foundation disagreed, saying diaspora investment would be good for the town.

"These lands were empty, no one was investing here," said Salelan Adel, a young unemployed man.

"It will give locals the chance to finally develop the lands that we own."

The port deal has also highlighted other tensions, with the role of the local council targeted for particular criticism.

Unlike many other major towns in Somaliland, Berbera's government controls swathes of land, including a 70-km (44 miles) "free zone" around the port.

This undeveloped land had been reserved for use by the port, but has been hurriedly allocated to newcomers since the DP World deal was signed, according to locals and Hargeisa-based experts.

"It is being sold off without clear procedures and guidelines," said Mohamed Farah, director of the APD think tank. Critics say most of this land has been allocated to those with government connections.

"What we are seeing is land grabbing," said Ahmed Hussein Esse, president of Abaarso Tech University in Hargeisa. There is now almost no public land left in Somaliland, he added.

Local official Abdulahi confirmed the council had been distributing public land, including parts of the "free zone", but said it had done so transparently.

Last summer it allocated plots to more than 700 Somalilanders returning from abroad, in a special area to be turned into a European-style village, he said.

However some worry that poorer residents will be driven out as the town gentrifies.

The average price of a 12 by 12 meter plot has more than doubled since last year, reaching $100,000 in places along the coast.

Jama Musse Jama, head of the Red Sea Cultural Foundation in Hargeisa, said if poorer residents felt excluded from development "then for the first time the risk is of class rather than clan conflict".

The government has now embarked on the creation of a National Land Policy which aims to bring clarity to the country's overlapping systems of tenure, while clearing out corruption in local land administration.

But for many Berbera residents, the most pressing concern is jobs.

"DP World has brought order to the port, but it hasn't brought salaries," said Yusuf Heebed, a guard at the port since 1977.

Last month workers demonstrated against wage cuts brought in by the new operator and 280 have been laid off.

Young men like Adel and his friends are still hopeful that investment will bring employment, though they worry that foreigners might be given preference.

"If the new deals do not bring the promised prosperity to Berbera, there will be real anger," said local journalist Mahmoud Hassan.