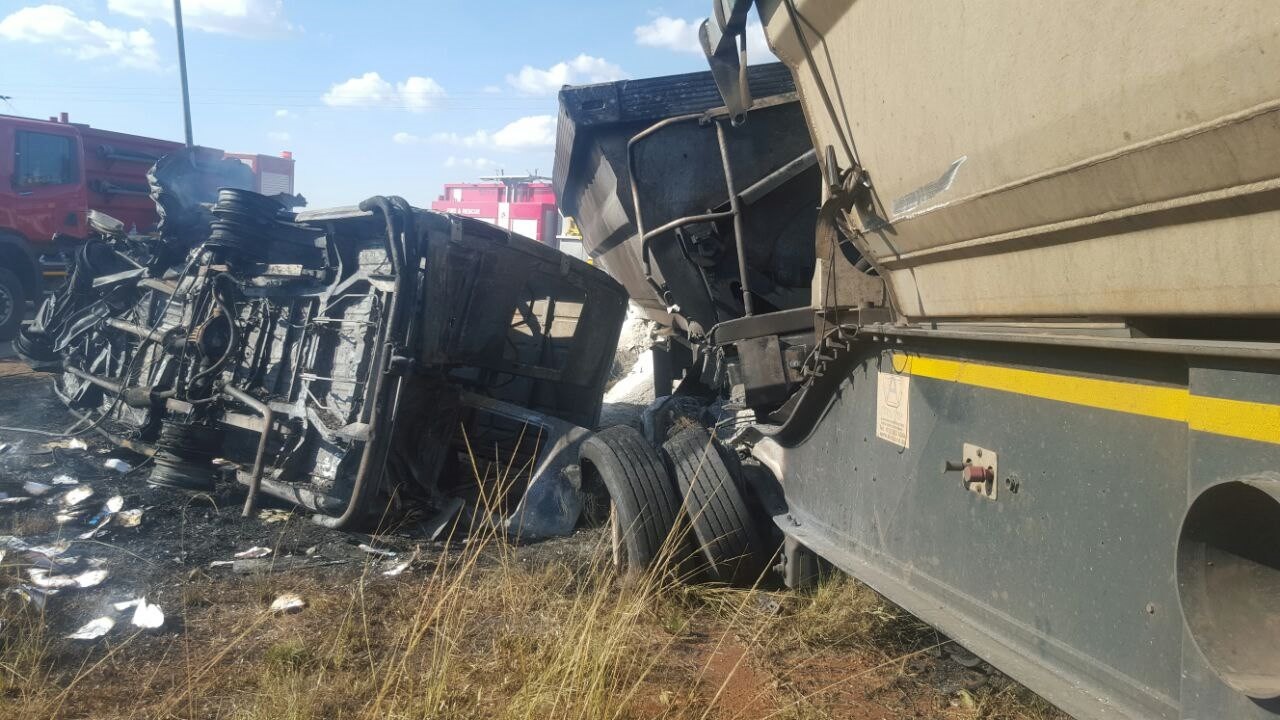 At least 20 children were killed in a bus crash outside the South African capital Pretoria on Friday, emergency services said, with many trapped inside the burning vehicle.

The minibus collided with a truck on a road between the towns of Bronkhorstspruit and Verena, about 70 kilometres (45 miles) from Pretoria.

"It is confirmed 20 children have been killed," Russel Meiring, spokesman for the ER24 emergency medical service, told AFP.

By the time paramedics arrived "the fire services had already extinguished the burning vehicle, which was found lying on its side", he added.

Many children were trapped inside the bus and most of the fatalities were declared dead at the site of the accident.

Several other children were injured, with reports that some of them were dragged from the wreckage by people at the scene.

The children were given "advanced life support interventions before they were transported to various hospitals in the area for further treatment," ER24 said in a statement.

A department of education spokesman Steve Mabona said some of the bodies of the children were charred beyond recognition.

The cause of the collision was not immediately known.

"I am saddened. It's a sad day for education," said Panyaza Lesufi, the regional education minister for Gauteng province who visited the scene of the crash.

Earlier the country's transport minister Joe Maswanganyi had called for greater caution on the roads as he announced that the Easter weekend death toll had increased by 51 percent to 235 compared to same period last year.