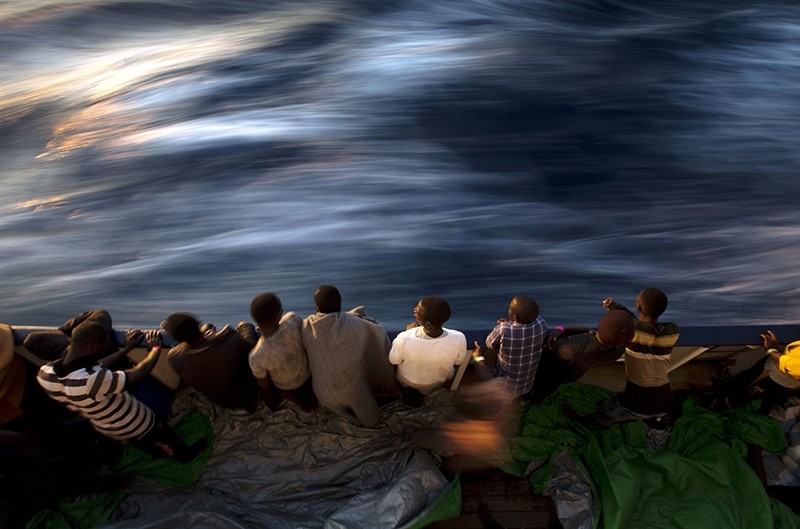 Migrants and refugees stand on the deck of the rescue vessel Golfo Azzurro after being rescued by Spanish NGO Proactiva Open Arms workers in the Mediterranean Sea, Friday, June 16, 2017. (AP Photo)
by Compiled from Wire Services Jun 17, 2017 12:00 am

The Italian and Libyan coastguard have rescued more than 3,400 migrants trying to cross the Mediterranean to Europe since Friday, the two countries' coastguards said.

Most were rescued in 18 separate operations on Friday, the coastguard said, while more missions were undertaken overnight, according to news agency ANSA.

The EU border agency Frontex and Italian marines were also involved in the rescue operations.Over 1,800 people have died trying to cross the Mediterranean since the beginning of the year, according to the International Organization for Migration.

He added that 25 children and 98 women, including seven who were pregnant, were among those rescued.

"One of the rubber boats was holed and on the point of sinking, while the wooden one did not have a motor," he said.

People traffickers have exploited the chaos in Libya since a 2011 uprising toppled and killed strongman Muammar Gaddafi to boost their lucrative but deadly trade.