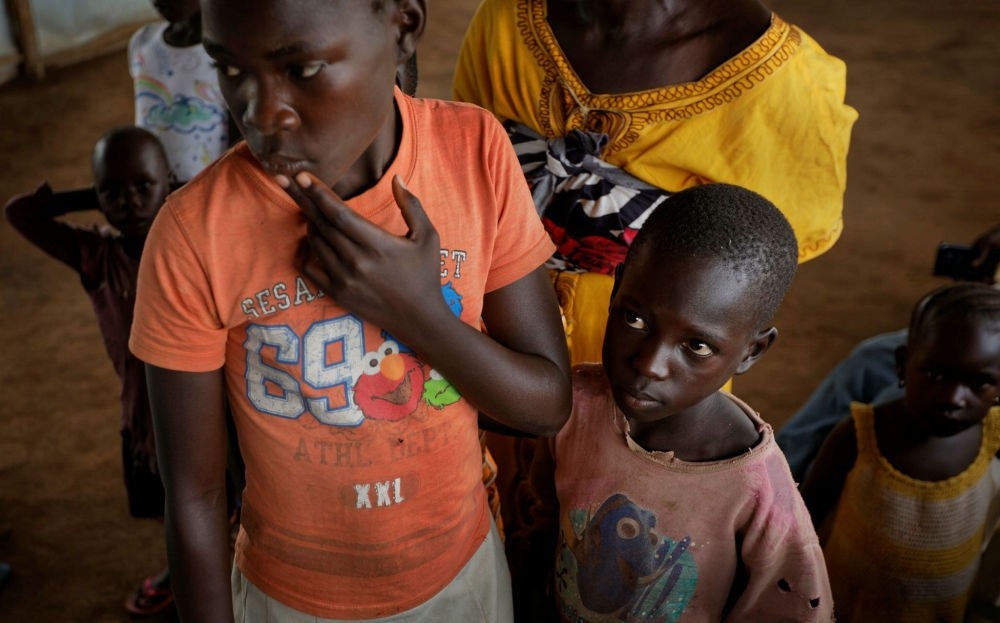 Unaccompanied South Sudanese refugee children line up to have their details recorded before being taken to a refugee transit center, in Kuluba, northern Uganda.
by Compiled from Wire Services Jul 07, 2017 12:00 am

Over half of migrants from West and Central Africa are children, UNICEF reported as the continent continues to suffer from violence, poverty and climate change

More than 7 million children in West and Central Africa are on the move because of violence, poverty and climate change, accounting for over half of all migrants in the region, the United Nations children's agency said, in a report released on Wednesday. Yet most children seek refuge in other African nations, and only one in five attempts the perilous journey to Europe, UNICEF said in a report.

Half a million people have crossed the Mediterranean from Libya to Italy over the past four years, mainly sub-Saharan Africans who pay smugglers to shepherd them across the desert to Libya, and onward to Europe in unseaworthy dinghies. At least 20,000 migrants are being detained in Libya, the main gateway for those attempting to reach Europe by sea, according to the International Organization for Migration.

More than 100,000 migrants have made the perilous Mediterranean crossing to Europe this year, the U.N. said Tuesday, amid mounting tensions among EU nations on how to tackle the crisis. Nearly 2,250 people have died in 2017 attempting the sea crossing from North Africa, the UN's International Organization for Migration (IOM) added. While the numbers arriving in 2017 are staggering, they remain far below last year's figures. During the same period in 2016, 231,503 people made the crossing to Europe, with the 100,000-mark passed already in February that year. Italy has taken in nearly 85 percent of the arrivals -- most of them sub-Saharan Africans crossing from Libya -- and has pleaded for help from other European Union nations, saying it is struggling to cope.

Lack of economic opportunities, wars and climate change have forced over 12 million people in West and Central Africa to migrate, UNICEF said in its report.

Climate change is already a harsh reality in many parts of Africa, where rising temperatures and increasingly erratic rainfall have disrupted food production, fueled widespread hunger, and forced farmers to abandon their land.

"Unless the long-term planning of governments and civil society is equipped to anticipate these climate shocks and subsequent migration, the unmitigated impact of these forces will create detrimental outcomes for children across the region," the report said.

One in five people in Central African Republic - about a million people - have been displaced since conflict began in 2013 between mainly Muslim Seleka rebels and Christian militias, the Norwegian Refugee Council (NRC) says. In 2016 alone, more than 922,000 people were driven from their homes by conflict within the Democratic Republic of Congo, compared with 824,000 in Syria, according the Internal Displacement Monitoring Centre, which is part of NRC.

"Children in West and Central Africa are moving in greater numbers than ever before, many in search of safety or a better life," said UNICEF regional director Marie-Pierre Poirier.

"Yet the majority of these children are moving within Africa, not to Europe or elsewhere. We must broaden the discussion on migration to encompass the vulnerabilities of all children on the move and expand systems to protect them, in all their intended destinations," she said.

Globally, 65.6 million people are uprooted and nearly half of them are children, the U.N's refugee agency UNHCR said.