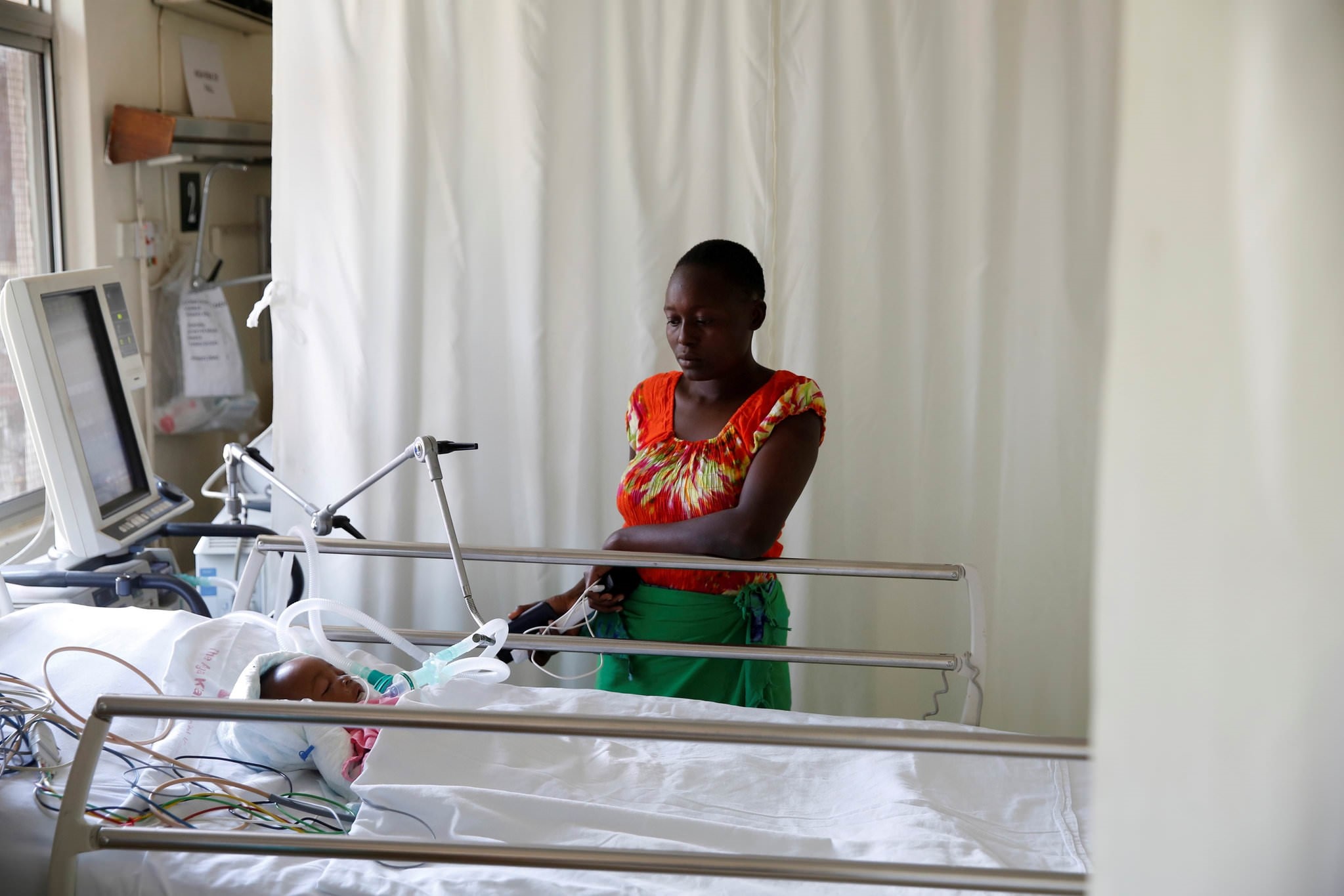 Lenzer, mother of Samantha Pendo, stands next to her bed as the girl remains in critical condition in the Intensive Care Unit of Aga Khan Hospital in Kenya August 14, 2017. (REUTERS Photo)
by Aug 16, 2017 12:00 am

A six-month-old girl has died in Kenya, her doctor told Reuters on Tuesday, after her parents said she was teargassed and clubbed by police in a security crackdown after last week's disputed election.

Samantha Pendo was asleep in her mother's arms when police forced their way into their home and beat her and her parents as they searched for protesters, her parents said.

"She remained in coma throughout. She never improved one bit," said Dr. Sam Oula at the Aga Khan Hospital in the western city of Kisumu.

The baby and her parents were beaten when police were sweeping their neighborhood for opposition protesters on Saturday, residents told Reuters journalists who investigated the incident.

Odinga's accusations of rigging have led to protests in Kisumu and in Nairobi slums. Residents there say police have responded with lethal force and many residents were killed in their homes.

Among the dead are an 8-year-old girl, hit by a stray bullet as she played on her balcony, and an 18-year-old student whose mother said was pulled from under the bed and beaten so badly he died the next day.

Police have promised to investigate all incidents but human rights groups say they rarely hold officers to account for extrajudicial killings.