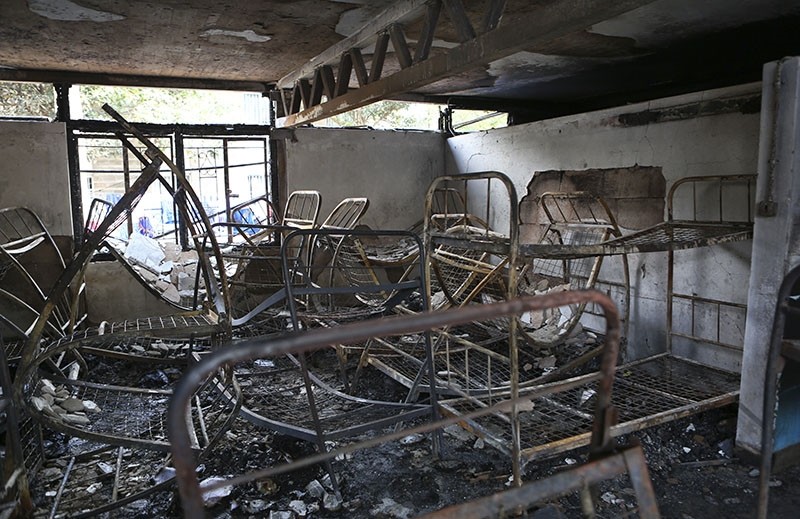 Kenya's education minister said on Monday that arson was to blame for a weekend fire that killed nine pupils at a girls' boarding school and that there had been similar attacks on other schools around the country.

Minister Fred Matiang'i said some arson attacks had been related to fights over staff appointments in schools, where senior positions can bring financial rewards.

"It was not an accident, it was arson," Matiang'i said of the blaze on Saturday at Moi Girls School in the capital in which nine girls were killed and 10 injured.

He previously said the school, which has nearly 1,200 students, is "one of our top schools in the country and... (one) that we are very proud of."

Matiang'i said that there had been a spate of arson attacks on schools around the country, including in the coastal city of Mombasa and the western city of Kisumu. He did not give the total number of attacks.

"Some of the fires we have faced before in the sector are related to that kind of thing, politicization of school headship, politicization of responsibility in the education sector. It is not right," he said in a televised press conference.

"We cannot resolve a conflict on the headship of the school by burning a school."

Fires have in the past claimed the lives of dozens of Kenyan boarding school students. In 2001, 58 schoolboys were killed in a dormitory fire at Kyanguli Secondary School outside Nairobi. In 2012, eight students were killed at a school in Homa Bay County in western Kenya.

Lax safety standards and poor emergency procedures have been blamed for some past fires at schools and for other tragedies such as the collapse of a residential building in Nairobi in May that killed nearly 50 people.

Unemployment is high in Kenya and corruption is rife, and control of a school can mean not just a government salary, but an opportunity to extort extra money from students and parents in fees or other charges.