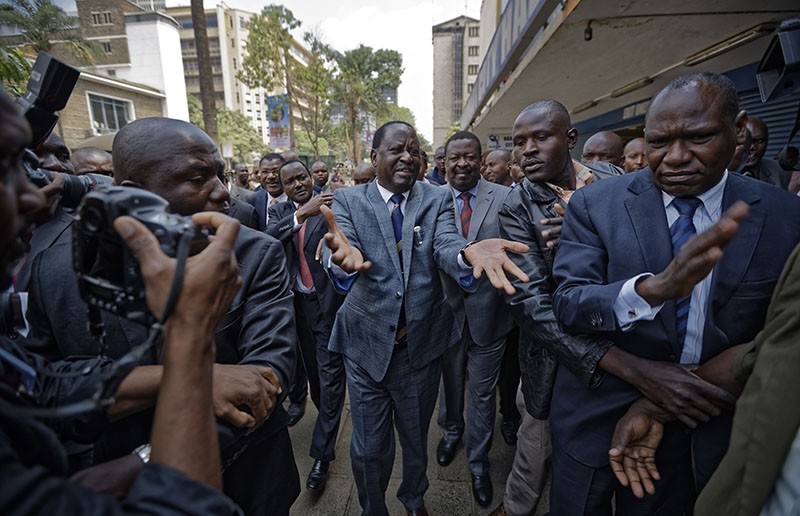 Kenya opposition leader Raila Odinga on Tuesday withdrew his candidacy for the fresh presidential election ordered by the Supreme Court, saying the election commission had not made changes to avoid the "irregularities and illegalities" cited in the nullified August vote.

It was Odinga's legal challenge that led the court to nullify the Aug. 8 election that President Uhuru Kenyatta won. He alleged that vote results had been hacked into and manipulated.

The Supreme Court also ordered a new election, which is set for Oct. 26. It was the first time a court had overturned the results of a presidential election in Africa.

Odinga said "there's no intention" on the part of Kenya's election commission to undertake any changes before the vote.

He said the commission had "stonewalled" reforms the opposition had sought and wasted time in "public relations exercises" meant to create an impression of "motion without movement."

"After deliberating on our position in respect of the upcoming election... we believe that all will be best served by (the party) vacating its presidential candidature in the election scheduled for 26 October 2017," Odinga said.

Since then Odinga and his National Super Alliance (NASA) have vowed not to take part in the re-run unless a series of reforms were made to the Independent Electoral and Boundaries Commission (IEBC).

"We have come to the conclusion that there is no intention on the part of the IEBC to undertake any changes to its operations and personnel... All indications are that the election scheduled for 26 October will be worse than the previous one," said Odinga.