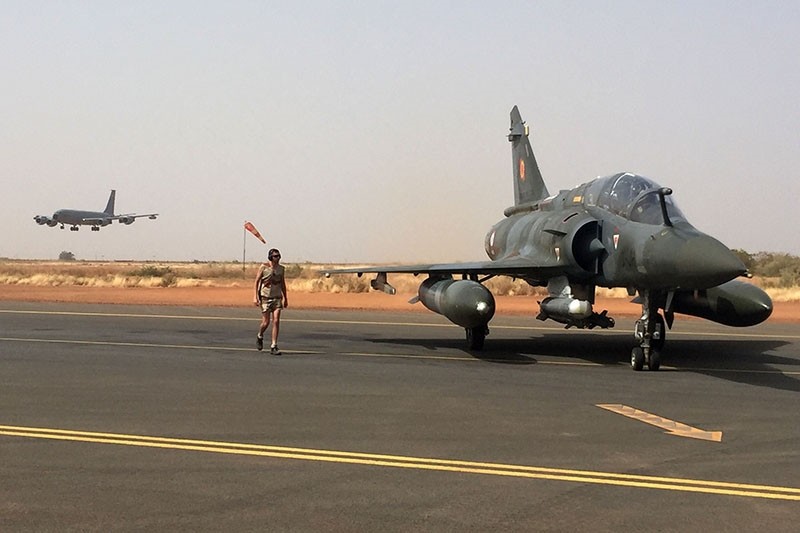 The airstrike, held on Oct. 23 in Kidal region in northern Mali, was conducted by jets of the French contingent deployed in the country.

An official from the ministry stated that the deceased soldiers have been identified.

French military sources stated they had targeted a terrorist camp under the scope of the counter-terrorism operation named "Barkhane" and they did not have information that kidnapped soldiers were being held in the camp.

French authorities previously announced in a statement after the airstrike that 15 terrorists were killed.

Evelyne Decorps, the ambassador of France in Malian capital Bamako, paid a visit to Malian Defense Minister Tiena Coulibaly to express her sorrow regarding the incident.

Government troops in northern Mali were overrun by Toureg rebels in clashes in Jan. 2012, prompting a military coup against President Amadou Toumani Touré, which led to sanctions and embargo by the Economic Community of West African States (ECOWAS).

The Toureg-led National Movement for the Liberation of Azawad (NMLA) was later targeted and defeated by Al-Qaida linked groups that aimed to impose sharia law in the region, prompting a military intervention by a France-led international coalition in Jan. 2013.

The clashes led to the deaths of thousands of civilians and militants, whereas many others were displaced.

Following the recapturing of the provincial capital of Kidal in July 2014, Malian troops largely regained control in the country's north, yet clashes between Malian troops and militant groups continue to occur.