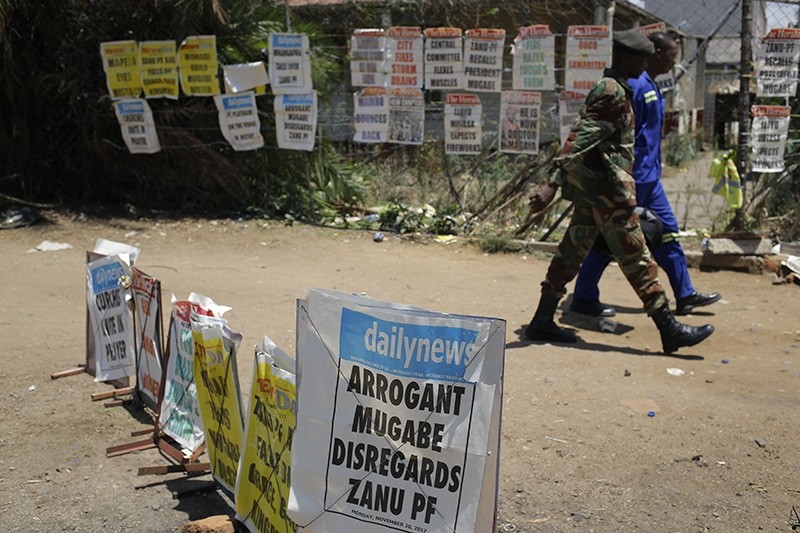 The decision on Monday came after Mugabe missed a deadline to resign given to him by his party over the weekend.

Once a simple majority of parliamentarians vote for impeachment, an investigative committee is formed by lawmakers, who report back to both houses of parliament. Each house must then vote by a two-thirds majority for him to be stripped of office.

"We are expecting the motion to be over [Tuesday]," said Zanu-PF lawmaker Paul Mangwana, referring to the initial procedure to commence impeachment proceedings.

He added that Zanu-PF had approached the main opposition Movement for Democratic Change (MDC) party to seek their cooperation to pass the necessary parliamentary votes.

In a televised address late Sunday, the 93-year-old veteran leader defied expectations he would quit, pitching the country into a second week of political crisis.

The speech provoked anger and disbelief among many Zimbabweans, fueling concerns that Mugabe could face a violent backlash.

Zimbabwe's crisis erupted on Nov. 13 after a factional squabble over the presidential succession erupted into the open prompting the army to seize power.