Up to 100 migrants missing, 17 rescued in shipwreck off Libya 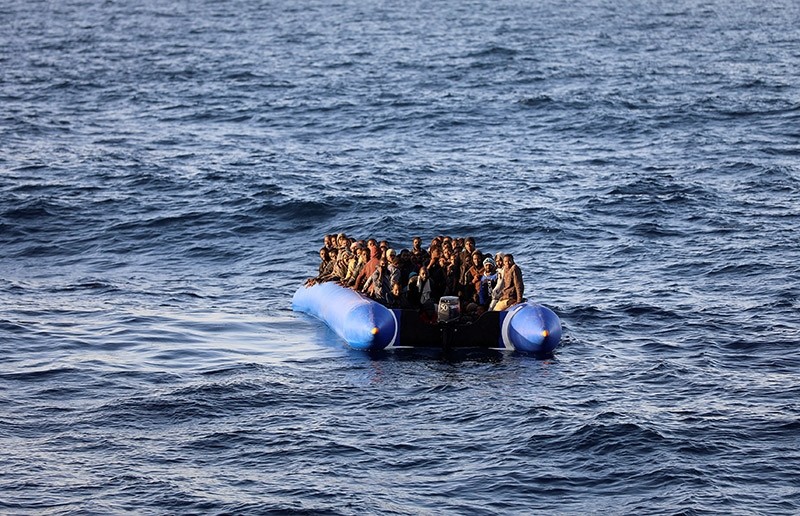 Migrants in a dinghy are rescued by Libyan coast guards off the coast of Garabulli, east of Tripoli, Libya, January 8, 2018. (Reuters Photo)
by Compiled from Wire Services Jan 10, 2018 12:00 am

As many as 100 migrants have gone missing after their boat sank off the coast of Libya the day before, the Libyan navy reported on Wednesday.

The Libyan coastguard rescued 17 people from the boat that sank off the town of al-Khoms east of the Libyan capital Tripoli, the navy said on its Facebook page.

The survivors clung to the wreckage of the vessel until they were saved.

"Unfortunately, there are a large number of missing people ranging from 90 to 100 illegal migrants from the boat," the navy said in a statement.

Wednesday's statement said the migrants, mostly Africans, had embarked on the perilous trip across the Mediterranean in several vessels. Those missing were all from one single rubber boat that got ruptured while at sea.

The Libyan coastguard on Tuesday saved a total of 279 shipwrecked migrants in three incidents, including those from the al-Khoms boat, according to the navy.

Libya descended into chaos following the 2011 uprising that toppled and killed longtime dictator Moammar Gadhafi. It has since become a frequently used route to Europe for those fleeing poverty and conflict.

Libya has increased efforts to stem the flow of migrants.