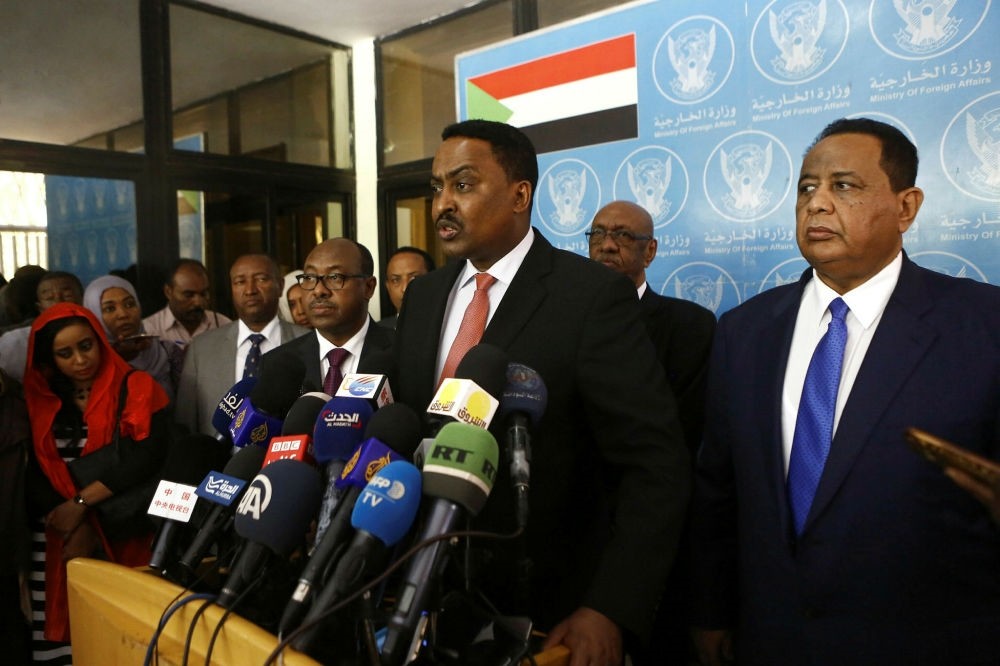 Amid heightened tensions in the East Africa over border disputes and the construction of a massive upstream Nile dam, Sudan has said it has sent more troops to its eastern border with Eritrea

Amid an ongoing standoff over a multibillion-dollar dam project on the Nile river, Sudan said it was facing a security threat from its border with neighboring Egypt and Eritrea.

"Sudan's national army has sent part of its forces to this area to protect Sudan's security as we have information that some parties are targeting us," Sudanese Foreign Minister Ibrahim Ghandour told a joint news conference with his Ethiopian counterpart Workneh Gebeyehu in Khartoum Sunday, as reported by Anadolu Agency (AA).

"Sudan doesn't talk about a specific build-up by a specific country, but we are talking about a threat to our territories from the eastern border," the Sudanese top diplomat said. "There are some opposition forces on the eastern border; this is why we are anticipating whatever danger can come from there," he added.

Last Saturday, Sudan closed its border with Eritrea and sent thousands of troops to the Kassala state near the border.

Earlier, an Ethiopian newspaper, Addis Fortune claimed that Egypt proposed for Sudan's exclusion from the negotiations and to proceed with Ethiopia only, while getting the World Bank involved to resolve the conflict. Ethiopian Foreign Minister Gebeyehu denied media reports, saying that "There is no any intention to exclude Sudan."

On Jan. 4, Sudan had recalled its ambassador from Egypt for consultation, amid tension with Cairo over a disputed border region, Halayeb. The country has said a 2016 maritime demarcation agreement between Egypt and Saudi Arabia infringes on its territorial waters. The waters in question are off the coast of an Egyptian-held border region claimed by Sudan. Cairo reacted to the move by saying that it was assessing the situation to give an "appropriate response."

Construction of the Grand Ethiopian Renaissance Dam (GERD), the largest hydroelectric dam project in Africa, has poisoned relations between Egypt, Ethiopia and Sudan. The dispute centers on the control of a section of the Nile that stretches 6,695 kilometers from Lake Victoria to the Mediterranean and is the economic lifeblood of all three countries.

Cairo says the dam would threaten water supplies that have fed Egypt's agriculture and economy for thousands of years. Cairo fears the 6,000-megawatt dam will reduce the flow it depends on for drinking water and irrigation. Egyptian officials say safeguarding the country's quota of Nile water is a matter of national security.

Ethiopia says the GERD, which it hopes will help make it Africa's largest power exporter, will have no major effect on Egypt. It accuses Cairo of flexing its political muscle to deter financiers from backing other Ethiopian power projects. Delegations from Egypt, Sudan and Ethiopia met in Cairo in November to approve a study by a French firm commissioned to assess the dam's environmental and economic impact, but negotiations stalled when they failed to agree on the initial report with each blaming others for blocking progress.