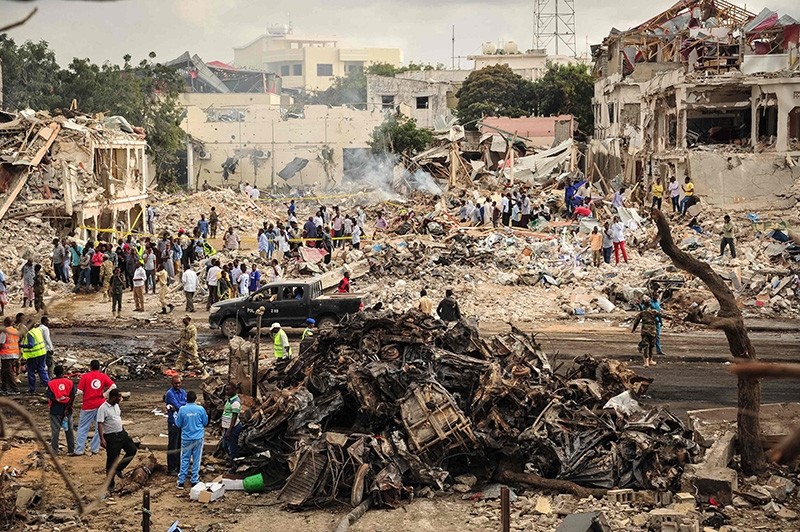 A Somali military court on Tuesday sentenced a man to death in connection with the October bombing in the capital that killed more than 500 people.

The truck bomb was the most powerful blast ever witnessed in Mogadishu and the deadliest single attack in the Horn of Africa nation.

Abdullahi Ibrahim was convicted of being a member of the al-Shabab extremist group and was sentenced to life in prison. Abdiweli Ahmed Diriye was convicted of allowing the truck to pass uninspected through security checkpoints and received three years in prison.

The court also ordered the release of Mukhtar Mohamud Hassan and Abdul Abdi Warsame, who were acquitted of their charges.

No group has claimed the responsibility for the attack. However, Somalia's government has blamed the al-Qaida-linked al-Shabab for the bombing on a crowded street. Security officials said the bomb weighed between 1,300 pounds (589 kilograms) and 1,700 pounds, further indication that the extremist group's bomb-making capabilities have been growing.

The attack appalled Somalis, with some calling it their "9/11." Only a handful of attacks since 9/11 have killed more people.

Thousands of Mogadishu residents later marched in defiance against the extremist group, while the president announced a new military offensive.