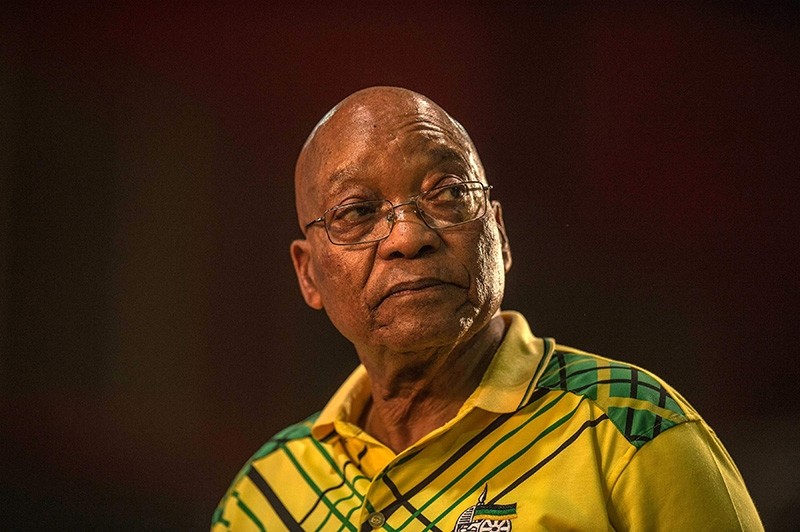 In a statement, Ramaphosa said he expected that a decision would be reached in "coming days," adding the process was an opportunity to conclude the matter without causing discord or division in the country.

Ramaphosa said he was involved in "constructive" talks with Zuma and that postponement of the ruling ANC party's emergency talks "will enable President Zuma and myself to conclude our discussions and report back to our organization and the country in the coming days."

Zuma, in power since 2009 and beset by corruption allegations, has been in a weakened position since Deputy President Ramaphosa replaced him as ANC leader in December. Ramaphosa has talked of a transition of power since he took over as leader of the ANC, and many see Zuma as a lame duck president.

South Africa's ruling ANC party late Tuesday postponed a meeting of its highest body which had been expected to decide on the potential removal of Zuma from office.

The meeting planned for Wednesday had been delayed until Feb. 17, the African National Congress said in a statement.

Earlier Tuesday, it was announced that the state of the nation address, due to be delivered by Zuma on Thursday, had been postponed.

"We have, regrettably, come to the conclusion that there is little likelihood of an uneventful joint sitting of parliament this coming Thursday," said parliamentary speaker Baleka Mbete, referring to the "disruption, anarchy and chaos" of past years in which opposition legislators heckled Zuma and were dragged out of the chamber by security guards.

The president's office confirmed that Zuma had requested a delay "due to certain developments" that would thwart a successful parliament session.

There have been reports that Zuma - who faces hundreds of allegations of corruption from his two terms in office and possible jail time - is digging in his heels and refusing to step down.

On Wednesday, Zuma called a social media report that Russian President Vladimir Putin was going to visit the country this week "fake news," and denied allegations by opponents that he is preparing to fire Ramaphosa.

The presidency released pictures Wednesday of the two men sitting together and smiling at a cabinet committee meeting in Cape Town.

Many in the party want to see businessman and Deputy President Ramaphosa replace Zuma, who has badly tarnished the reputation of the party once synonymous with Nelson Mandela.

Zuma is accused of allowing "state capture" by a wealthy Indian business family, the Guptas, who were granted lucrative business deals and possibly even influenced ministerial appointments.

In a strongly-worded statement the Nelson Mandela Foundation said Tuesday that Zuma "must go, sooner rather than later."

"He must go because he has demonstrated that he is not fit to govern. We call on the state to hold him accountable for his actions," it said.

"Some things cannot be pardoned."