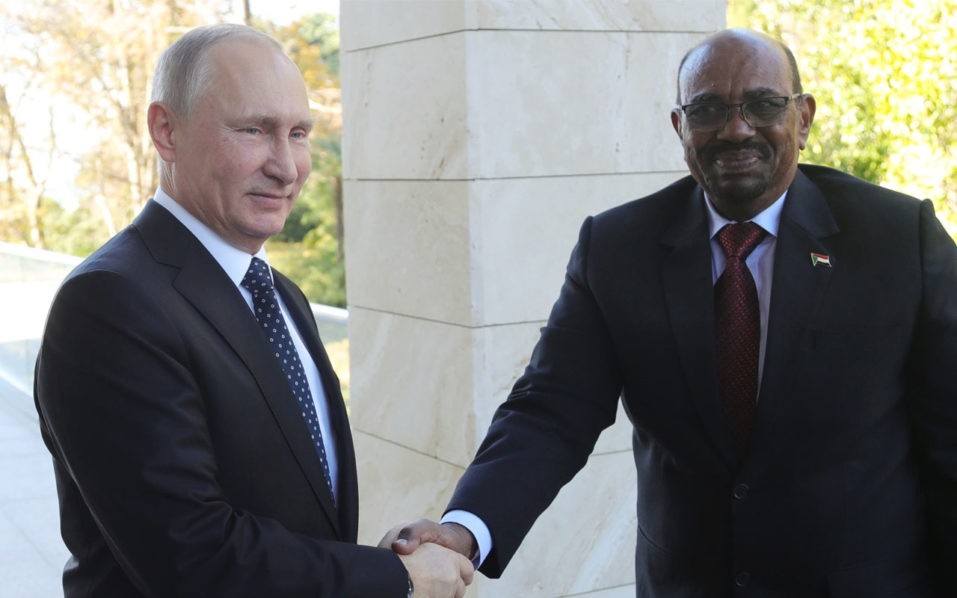 Sudanese President Omar Al-Bashir on Thursday said a joint military program has been finalized with Russia to improve the capabilities of the Sudanese national army.

Addressing army officers in the city of Port Sudan, Bashir said the program will help the Sudanese military deter any threats against the country.

He further stressed that Sudan is ready to defend its border, especially its territorial waters on the Red Sea.

"A program was set with Russia to develop the Armed Forces to deter all those targeting the nation and its capabilities," he emphasized.

He also explained that the Sudanese army is capable of protecting Sudanese airspace from conspirators, without giving more details.

Sudan closed its border with Eritrea last January, saying that it faced security threats from its eastern border amid tension on the northern border with Egypt as well.

During his visit to Russia last November, Bashir asked Russian President Vladimir Putin to protect his country from the threats of the U.S., calling on Russia to develop the Sudanese army and build a military base on the Red Sea.