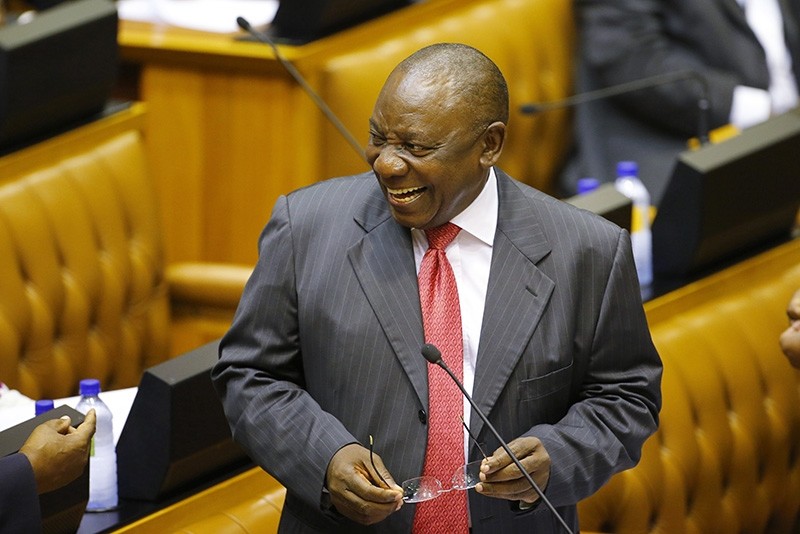 Acting President of South Africa Cyril Ramaphosa smiles while he listens to a debate in Parliament in Cape Town, South Africa Feb. 15, 2018, prior to being sworn in (AP Photo)
by Compiled from Wire Services Feb 15, 2018 12:00 am

Cyril Ramaphosa has been elected president of South Africa by the country's parliament, a day after scandal-tainted Jacob Zuma was forced to resign.

Ramaphosa, who was deputy president under Zuma and is also president of the ruling African National Congress (ANC), has pledged to fight the corruption and nepotism that tarnished Zuma's almost two terms in office.

The election was mostly ceremony, as Ramaphosa was the only candidate.

The two main opposition parties, the Economic Freedom Fighters (EFF) and the Democratic Alliance (DA), both refused to vote for Ramaphosa, however. As parliament began to sit, EFF members became disruptive and eventually walked out.

Ramaphosa, who is to be sworn in by South Africa's chief justice, also says one of the first things he wants to do is have a meeting with the leaders of other political parties "so we can try and find a way of working together."

He says he will outline his policies in a state of the nation address on Friday evening.