Ethiopia declares state of emergency amid wave of nationwide strikes 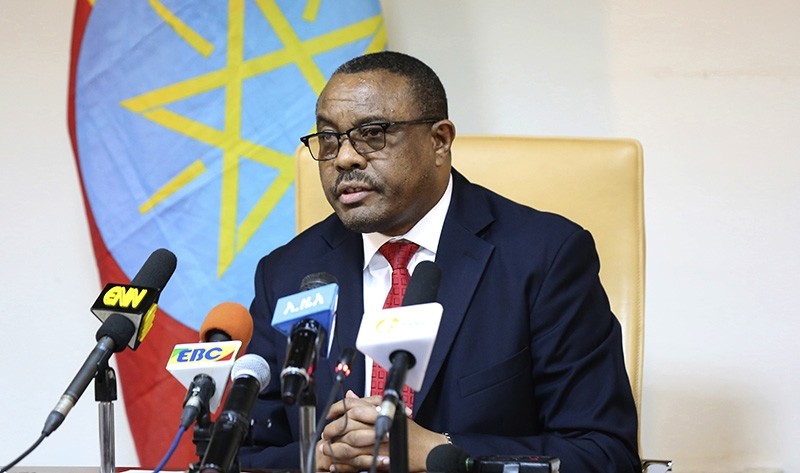 "A state of emergency has been declared as of now," Ethiopian Broadcasting Corporation said, citing a decision by the Council of Ministers.

The Council of Ministers stated that they called the emergency because the protests have caused injuries and the loss of lives, the displacement of citizens, the destruction of properties, attacks based on ethnic lines and threats against the constitutional order of the county. The statement did not say how long the emergency will be in effect.

On Thursday Prime Minister Desalegn announced his surprise resignation. He had been prime minister since 2012.

The prime minister's resignation followed a wave of strikes and demonstrations successfully demanding the release of more opposition leaders.

More than 6,000 political prisoners have been freed since January as the government has struggled to placate discontent.

Ethiopia declared an earlier state of emergency in October, 2016, following a week of anti-government violence that resulted in deaths and property damage across the country, especially in the Oromia region, the largest of the country's federal states. Earlier that month, a stampede at a religious event southeast of the capital, Addis Ababa, claimed the lives of several dozen people.

During the state of emergency of 2016 and 2017 more than 22,000 people were arrested and the unrest seriously hurt one of the best performing economies in Africa. It was lifted after nine months.

Rights groups claimed people were beaten and subjected to arbitrary detentions under the previous emergency rule. The government maintained those arrested were by mistake and people were released after what it described as "training."

On Friday, the U.S. Embassy in Addis Ababa issued its fifth security alert for Ethiopia since January. The warning is for its personnel to suspend all travels outside of the capital as a precautionary measure. Also on Friday, the U.S. Ambassador to the U.N., Nikki Haley, met and discussed current political issues with Ethiopia's Foreign Minister Workneh Gebeyehu in New York.