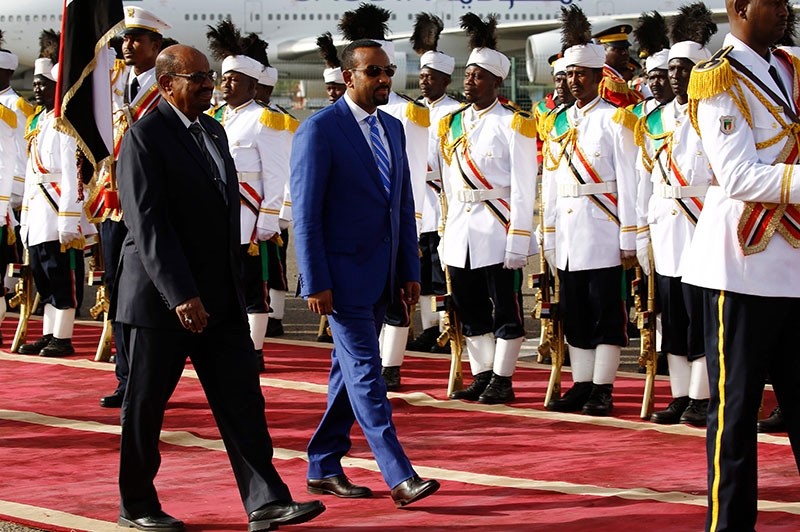 Ethiopian Prime Minister Abiy Ahmed (2R) reviews the honour guard with Sudanese President Omar al-Bashir (L) following his arrival in Khartoum for an official visit to Sudan on May 2, 2018. (AFP Photo)
by Anadolu Agency May 03, 2018 12:00 am

Ethiopia and Sudan on Thursday reached an agreement allowing the former to maintain a stake in both the development and administration of Port Sudan on the Red Sea.

According to Ethiopia's Fana Broadcasting Corporation, the agreement was struck during a two-day visit to Sudan by Ethiopia's new prime minister, Abiy Ahmed.

It remains unclear, however, exactly how much stake Ethiopia will be allowed to hold in Port Sudan.

Ethiopia uses the port for some of its import/export activities, although the vast majority of the country's trade currently relies on the Port of Djibouti.

Sudan and Ethiopia have also reportedly agreed to establish a free-trade regime along the two countries' shared border, according to Fana.