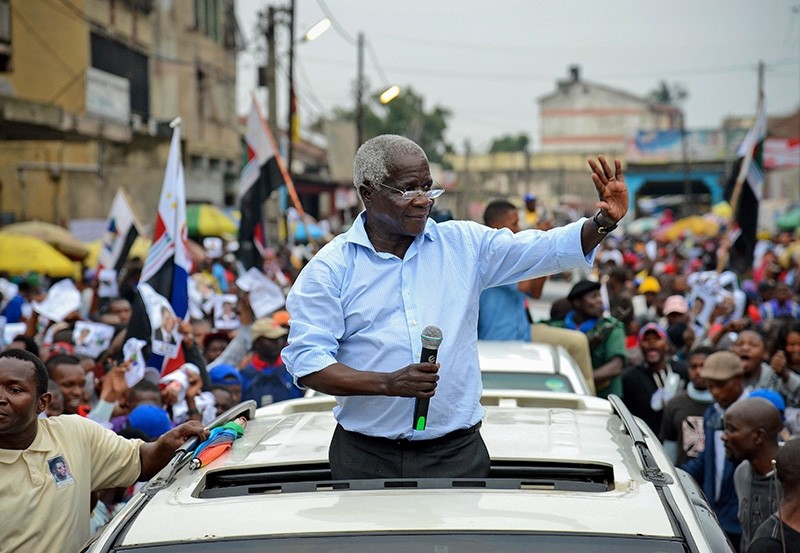 President of Renamo, the Mozambique opposition political party, Afonso Dhlakama (C) during a campaign rally for general elections in Maputo, Mozambique, Oct. 11, 2014. (EPA Photo)
by May 04, 2018 12:00 am

Former Mozambican guerrilla leader Afonso Dhlakama, who was due to run for the presidency next year, died Thursday aged 65.

Dhlakama, who headed the former rebel Mozambique National Resistance (Renamo) movement, was found dead in the central town of Gorongosa, a party stronghold, state broadcaster TVM said on Thursday. It gave no details of how he died.

"To me is even worse because I was in a full alignment with him to solve the problems of this country," he said on TVM.

Members of Dhlakama's party have clashed with government forces since he lost a disputed election four years ago.

But he was set to run again against Nyusi in 2019.

Dhlakama's forces and Frelimo fought a long bush war in which around 1 million people are believed to have died.

It was ended in 1992 under a peace accord that gave combatants a blanket amnesty and allowed Renamo to regroup as an opposition party, paving the way for landmark elections two years later.

Dhlakama lost every major election he contested against Frelimo, though he topped the vote count in several central and two northern provinces in 2014.