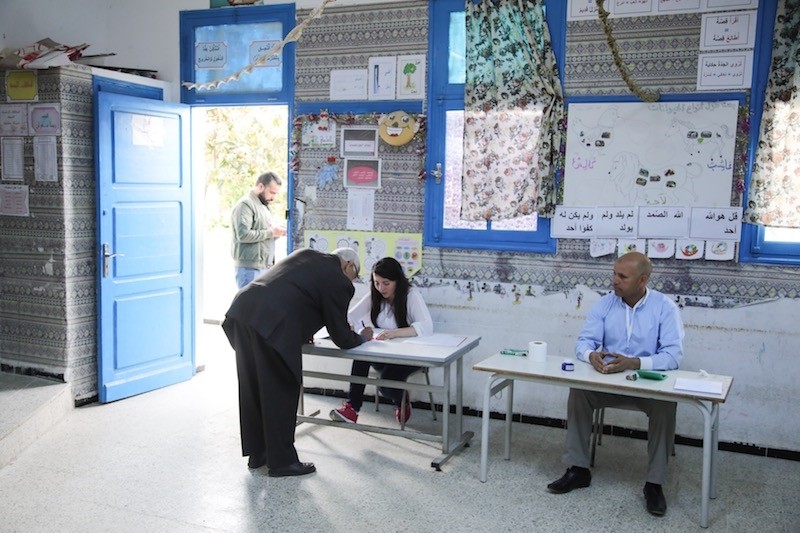 Tunisians are voting in their first local elections since the 2011 Arab Spring revolution, a crucial step toward consolidating the country's exceptional democracy.

The North African nation's 5.3 million voters will have more than 2,000 candidate lists to choose from in Sunday's vote for city and town councils across the country. The councils are being given greater powers in an effort to decentralize decision-making and boost long-marginalized inland regions.

The elections are breaking new ground on multiple levels.

Women make up 49 percent of the candidates, in part thanks to legal measures passed in recent years to encourage equality. And one of the leading candidates is pharmacist Souad Abderrahim, running to become the first female mayor of the capital Tunis.

And in the Mediterranean resort town of Monastir, Jewish sewing machine repairman Simon Slama is running with the Islamist party Ennahdha.

Meanwhile, nearly half of the candidates are independents and many are totally new to politics.

"These elections are a historic step ... they will bring participatory democracy to a local level, where daily problems are managed and where citizens can really make their voices heard," said the head of the European Union's observer mission, Fabio Massimo Castaldo.

Observers say the independent candidates could perform well, riding on disillusionment that the leading parties haven't fulfilled the promises of the 2011 revolution, when Tunisian protesters overthrew their longtime strongman and unleashed uprisings around the Arab world.

The Islamist party Ennahdha, considered the best organized, is running lists in every constituency and expected to come out with the most winners. It's followed by the secular Nida Tounes party of President Beji Caid Essebsi, which runs the central government in a coalition with Ennahdha.

With Tunisia still reeling from terrorist attacks on tourist sites and the presidential guard in 2015, the government has ordered 60,000 security forces out to protect the nation's 11,000 voting stations on Sunday.

A big question will be turnout. Apathy is widespread despite anger at the country's 15 percent unemployment and 7 percent inflation. It's an especially big problem for Tunisia's youth, who drove the 2011 uprising but haven't seen their opportunities improve in the years since.

The president issued a last-minute appeal to Tunisians to take advantage of their freedom to vote — exceptional in a region marked by authoritarian leaders or Libya's violent, lawless chaos.

"We must send the world a message, to say that our choice for democracy is the best," he said.