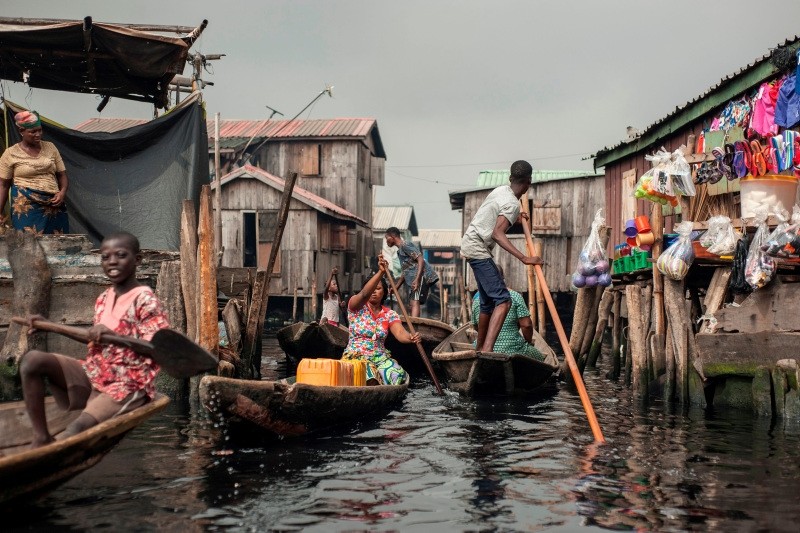 Its nickname is the "Venice of Africa" but, other than its maze of narrow waterways where wooden boats glide, Makoko offers little similarity with the fabled canal city of Europe.

Makoko, to be blunt, is an environmental eyesore. It is a vast slum of wooden shacks built on stilts in the brackish, blackish, thickly-polluted lagoon in the heart of Lagos, Africa's biggest megapolis.

The sprawling community began in the 19th century as a fishing village for immigrants, who settled on the water's edge.

As more arrived and land became rare, people started to move out onto the water. Over time, Makoko became a floating realm of perhaps a quarter of a million people, although the real number is anyone's guess.

Here, a famously vibrant city has taken root, defying the lack of sanitation, the compacted rubbish and the reeking, greasy water, where impromptu churches and clinics have also found a home.

Today, though, Makoko and other lagoon shantytowns face a threat: urban regeneration in a city of some 20 million people that is starved of land.

In 2016, the governor of the state of Lagos, Akinwunmi Ambode, vowed to evacuate all waterfront shantytowns — a population totalling about 300,000, according to the Nigerian Slum/Informal Settlement Association.

A few months later, 30,000 people lost their homes when one of the slums, Otodo Gbame, a poor fishing community close to the upmarket southeastern district of Lekki, was razed.

Over three days, the district was set alight then bulldozed, reducing tens of thousands of homes to piles of smouldering wood and corrugated iron.

At least three people died when armed police moved in with bulldozers, setting fire to the area and chasing some residents into the nearby lagoon, locals said.

On Tuesday, about a hundred gathered to mark their eviction. 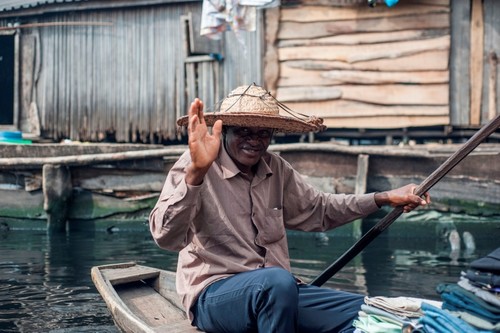 Former residents say they have yet to receive the relief or resettlement that the authorities promised.

Mostly from the ethnic Egun tribe, they trace their roots to Benin but say they have been living in Lagos for over a century.

But like the vast majority of the city's poor, they do not have title deeds to prove it.

In the shoreline neighborhood of Ebute Metta, local people are incensed by what happened on December 28 last year.

Informal sawmills were destroyed, they say, by police and so-called "area boys" — gangs of toughs paid to clear out the area.

"Mr James," a man in his fifties laments the loss of his fine workshop and the generator that he used to provide power for it.

"The big men, they don't want poor people to exist in Nigeria", he said. 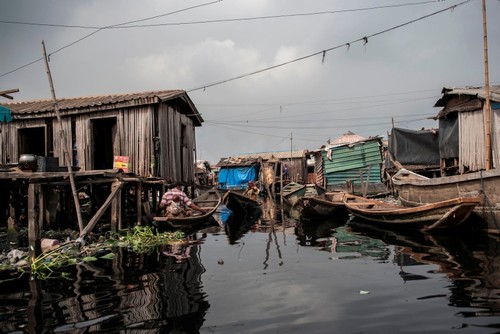 In communities who live around the lagoon, life is hard.

People tease out a living from fishing, from working on the shipments of wood floated downriver and from dredging — using buckets to haul sand from the sea bed off the Lagos coast, which is then sold to the construction industry.

But Lagos has a history of demolishing entire neighborhoods.

In 1990, the authorities demolished Maroko, a shanty town in the well-heeled suburb of Victoria Island, forcing some 300,000 out of their homes.

On the site where it once stood, there now stands a popular South African shopping mall with international chains catering to the Lagos elite.