Hope for peace as Ethiopia backs down in Eritrea standoff 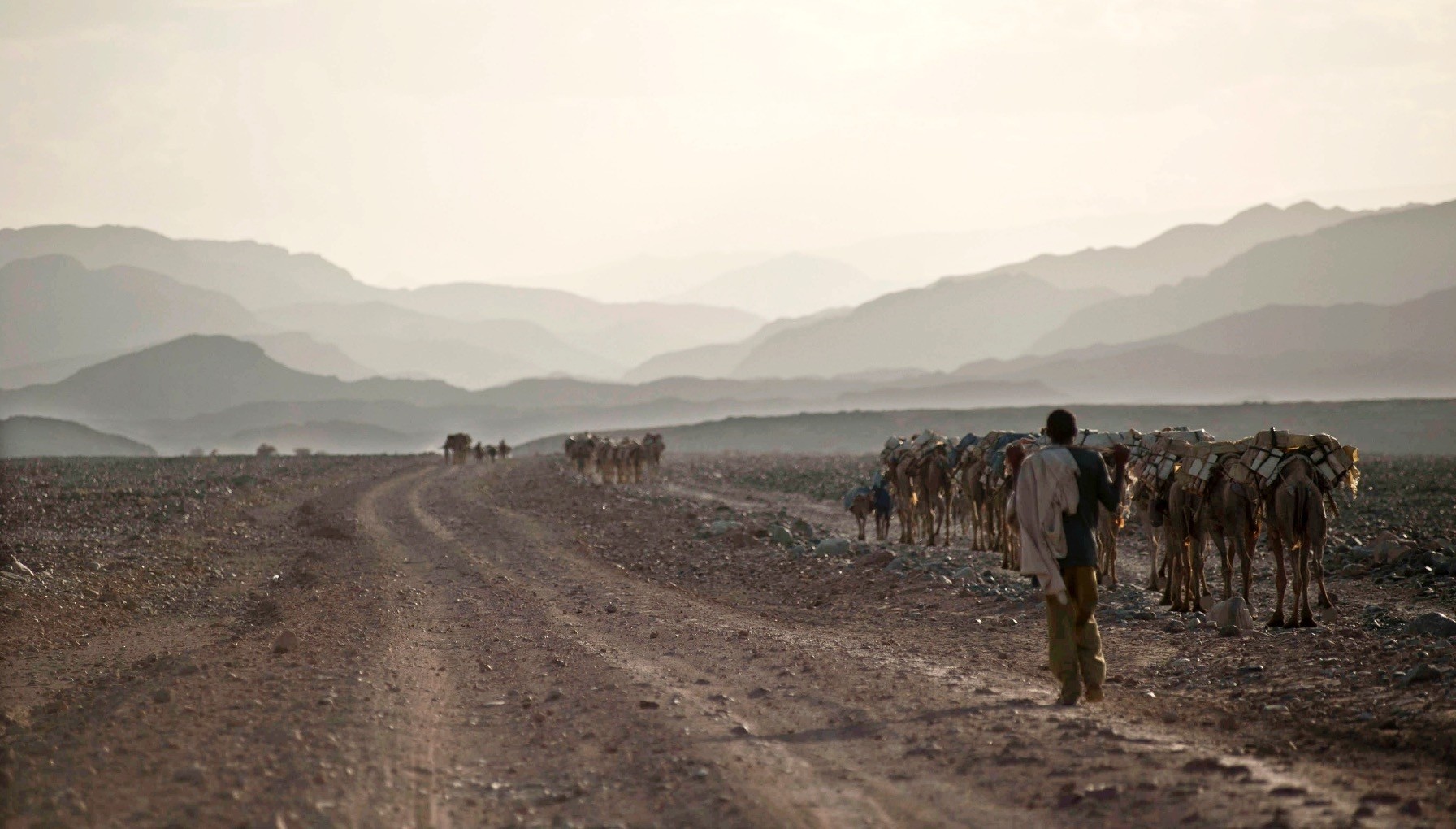 Ethiopia's surprise declaration that it will implement a nearly 20-year-old peace agreement with its neighbor Eritrea could spell an end to a long cold war that has damaged both countries, analysts say

"This is a really important first step," said Dan Connell, a researcher on Eritrea at Boston University. "We should welcome the announcement with a degree of caution," said Rashid Abdi, Horn of Africa director at the International Crisis Group think tank in Nairobi.

Once a part of Ethiopia, Eritrea fought a three-decade independence war against Addis Ababa. The two then fought again, from 1998-2000 over a disputed border, and tensions have persisted after Ethiopia refused to accept the 2002 ruling of a U.N.-backed boundary commission that divided up contested territory.

On Tuesday, Ethiopia's new prime minister Abiy Ahmed - a former army officer who fought against Eritrea - declared the country would abide by the accord, handing back the occupied frontier town of Badme. Eritrea is yet to respond to the announcement while Ethiopia has not said whether its troops have begun their withdrawal from Badme.

Eritrea's president, Isaias Afwerki, has long justified restrictive rule, punishing military conscription and the jailing of dissidents as necessities to defend itself against its much larger neighbor. His authoritarian leadership has left his country diplomatically isolated and triggered an exodus of Eritreans making the dangerous migration to Europe. The Ethiopian move, "pushes the ball into Eritrea's court and actually puts pressure on Eritrea," said Abdi. It could in fact undermine Isaias' rule. "They've evolved a system of governance [in Eritrea] that has depended almost entirely on a national emergency," said Connell.

Supporters of Eritrea say it was doubly betrayed, by Ethiopia refusing to accept the boundary ruling and the international community - chiefly the U.S. - failing to hold Addis Ababa to account. The tiny Red Sea nation was once part of Ethiopia, comprising its entire coastline, until 1993 when it voted to secede, rendering Ethiopia landlocked. Not long after, a disagreement over the demarcation of their shared border sparked a war that killed around 80,000 people.

A U.N.-backed boundary commission ruled in Eritrea's favour in 2002 but Ethiopia ignored the findings. Abiy's surprise announcement was unanimously sanctioned by 36 top officials of the ruling Ethiopian People's Revolutionary Democratic Front (EPRDF), Connell said. A Western diplomat said Eritrea was not consulted. Since taking office in April, Abiy has been under pressure to maintain years of rapid economic growth while addressing unrest over the EPRDF's authoritarian one-party rule. This week, as well as announcing the unilateral detente with Eritrea, Abiy lifted the latest state of emergency imposed to quell anti-government protests, and permitted for the first time foreign investment in key state-run industries, including its sole telecom company, in a bid to address rising debt and a shortage of foreign exchange.

Since the war with Eritrea, Ethiopia has relied on Djibouti's port most of its imports and exports, and has imposed a costly militarization of its northern frontier, which local leaders complain is hampering development. Abiy's "internal reforms will be incomplete while a frozen conflict [with Eritrea] remains in place," Abdi said. But announcing compliance with 2000 peace deal and 2002 boundary ruling, and implementing them, are very different things, Connell said. Under the U.N. ruling, Ethiopian troops must pull out of the disputed area and neighboring communities will find themselves marooned in either country.

Gebru Asrat, who served as president of Ethiopia's Tigray state during the war, said the hostilities are about more than lines on a map. He traced the conflict's roots to Eritrea's 1997 decision to introduce its own currency, enraging Addis Ababa and complicating trade. "Future negotiations must address this important issue," said Gebru, who now leads an opposition party. "Otherwise sustainable peace may not prevail in the region by ceding land to Eritrea." Lea Brilmayer, a law professor at Yale University in the U.S. argued Eritrea's case before the boundary commission and is sceptical of Ethiopia's announcement. "There have been previous occasions when it seemed that things were definitively solved, only to find out that Ethiopia had a rather eccentric and self-serving idea about what it meant to treat the decision as final and binding," she said.