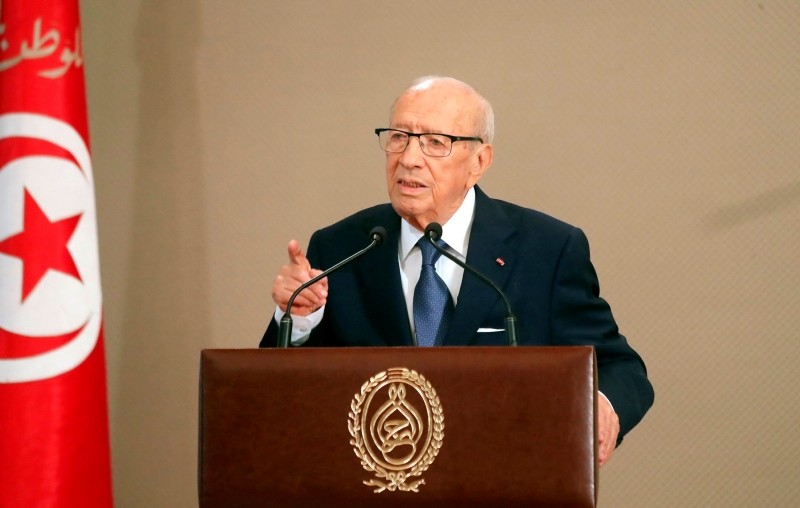 Tunisia's president promised Monday to submit a bill to parliament soon that aims to give women equal inheritance rights with men, a proposal he said was aimed at enhancing women's rights in the Muslim-majority country.

In a speech marking Women's Day in Tunisia, President Beji Caid Essebsi said he wants to submit the proposal "as soon as possible," probably when parliament resumes in October.

The current system, which is based on Shariah law, generally grants daughters only half the inheritance given to sons.

The North African Muslim country, which toppled autocrat Zine El Abidine Ben Ali in 2011, grants women more rights than other countries in the region, and since last year has allowed Muslim women to marry non-Muslim men.

Last month, a woman from Tunisia's moderate Islamic party was also elected mayor of Tunis, the capital, the first time a woman has held the post.

But in a show how divided society remains, thousands demonstrated on Saturday in front of parliament against any changes to inheritance rules.

But in the face of the opposition from conservatives, he left the door open for some exceptions, saying families who wished to continue the allocation based on Shariah law would be able to do so.

Parliament now needs to decide on a bill.

The president's decision is based on the recommendations of a 300-page government report known as the Colibe report. It recommended the change in inheritance rights as well as proposals to end the death penalty and legalize homosexuality, which now in Tunisia is outlawed and punished with three years in prison.

Essebsi said Monday his decision is based on Article 2 of the country's Constitution, which he said "stipulates that Tunisia is a state based on citizenship, the will of the people and the supremacy of law" rather than religion.

While Tunisia has been hailed as the only "Arab spring" success story, economic growth has been disappointing, however, with high unemployment driving many young Tunisians abroad who had joined the uprising.