At least 8 killed in al-Shabaab car bombing in Somalia 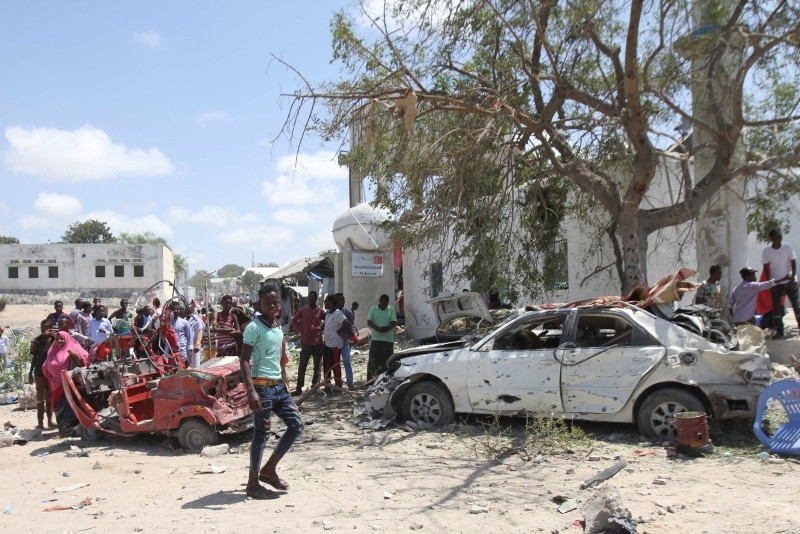 At least 8 people killed, 10 others injured after a suicide bomber detonated an explosives-laden vehicle outside the compound of a district headquarters in Somalia's capital on Sunday.

Capt. Mohamed Hussein, a Somali police officer, says the bomber tried to speed through a checkpoint but was stopped by security forces, prompting him to detonate the vehicle near the gate of Howlwadag district headquarters.

Hussein said the wounded were mostly young students at a nearby Islamic school. Officials warned there could be more casualties as the blast pulled down nearby buildings including a mosque.

The group is affiliated with the international al-Qaeda terrorist network and launches regular attacks within the volatile East African nation.