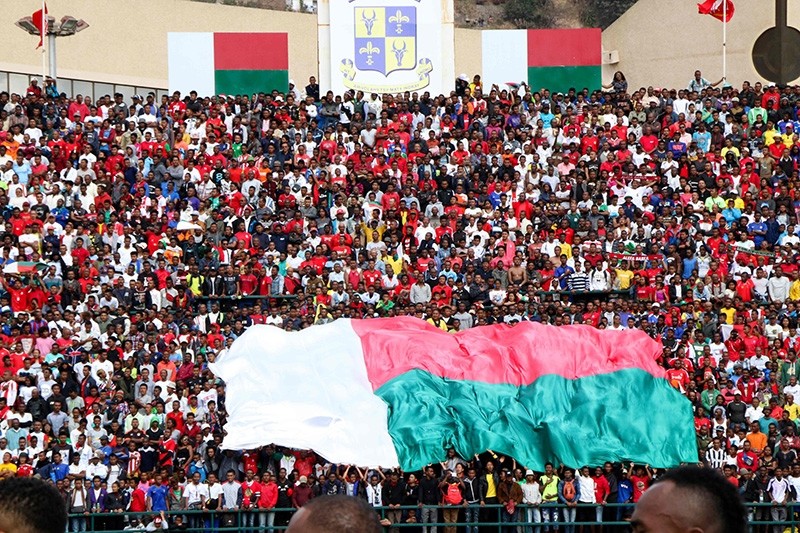 One person died and at least 37 were injured in a crush Sunday before an African Cup of Nations football qualifier in Madagascar involving Sadio Mane's Senegal team.

The stampede happened before kickoff at the Mahamasina Municipal Stadium.

Television pictures from the official broadcaster showed packed stands at the stadium, which has a capacity of around 22,000. Fans even crowded the stairways leading to the stands to watch the game. Reports say thousands began queuing hours before kickoff in an attempt to get a ticket to watch Mane and Senegal's other stars.

The stampede happened at an entrance to one of the sections to the stadium, French radio service RFI reported.

RFI quoted police official Commander Herilalatiana Andrianarisaona saying a gate was closed because the stadium was full and fans continued to push forward in an attempt to get in, crushing those in front.

"The front people could not go back and other people were still coming in numbers behind," Andrianarisaona said, according to RFI. "That's what caused this."

A local hospital said one person was dead and 37 injured. The Madagascar ministry of sport also listed 37 injured on its Facebook page, although other reports put the injured total as high as 47.

RFI reported that two of the injured were in a critical condition.

The Madagascar vs. Senegal qualifier went ahead and ended in a 2-2 draw.

Madagascar is the home country of the head of African football, Confederation of African Football president Ahmad. Ahmad is also the president of the Madagascar football association.