At least 50 killed after bus crashes in western Kenya 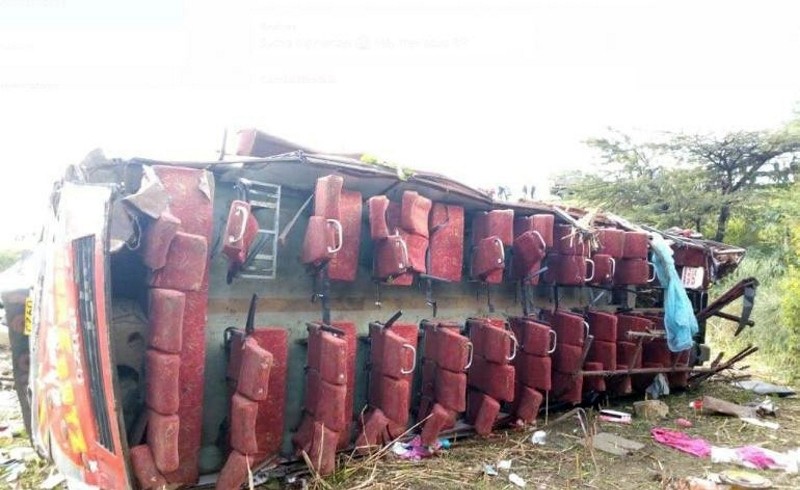 At least 50 people were killed after the bus they were travelling in overturned and its entire roof was ripped off in an accident in western Kenya, 10 Oct. 2018 (IHA Photo)
by Compiled from Wire Services
Oct 10, 2018 12:00 am

An official says 50 people have died after the bus they were traveling in left the road, rolled down a slope and crashed in the western Kenyan town of Kericho.

Rift Valley regional police boss Francis Munyambu said survivors from the bus that was headed from Nairobi to western town of Kakamega were receiving treatment at local hospitals. The accident happened around 4 a.m. on Wednesday.

Kenya has struggled to reduce the rising number of road accidents as more people acquire vehicles in the country's growing middle class.

In 2013, the government re-introduced breathalyzers, but had to remove them again after court orders barred police from charging drivers using readings from the devices as evidence.

According to government statistics, around 3,000 Kenyans die every year in road accidents.

In December 2017, 36 people died in a head-on collision between a bus and a lorry.

In 2016 more than 40 people died when an out-of-control fuel tanker ploughed into vehicles and then exploded on a busy highway.