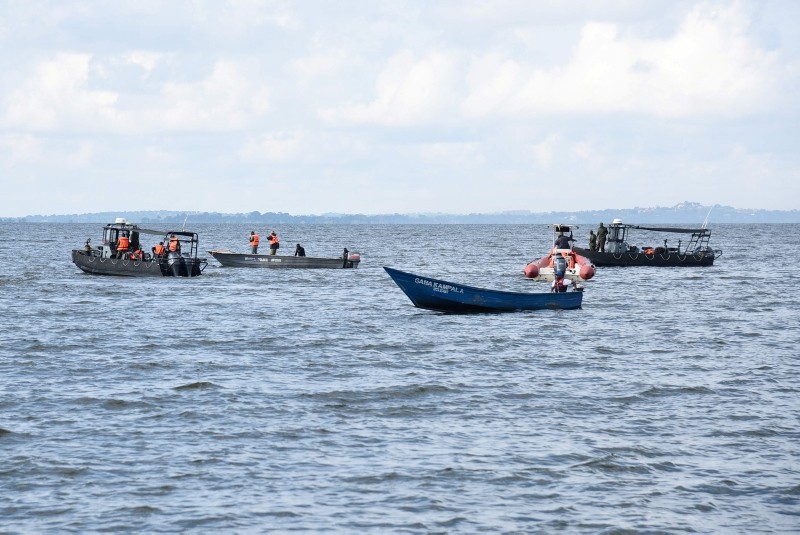 The vessel carrying close to a hundred revellers sank during bad weather on Saturday in the latest deadly incident to affect passenger boats on Africa's largest lake.

"Twenty-two bodies have been recovered and 26 people rescued," said Asuman Mugenyi, director of operations for the Uganda police.

"According to one of the survivors there were more than 90 people on board."

The boat, on which party-goers were drinking, dancing and listening to music, sank a short distance from the shore off Mutima in Mukono District, close to the capital Kampala.

Mugenyi said overloading and bad weather were likely to blame.

"We expect (the number of passengers) is beyond the capacity of the boat. It was overloaded and unfortunately people were drunk," Mugenyi said. "We suspect the mechanical condition of the boat and the weather contributed to the sinking."

"A big storm hit," said local government official Richard Kikongo. "It can be fine on land but bad weather on the lake."

Kikongo said first responders were among the victims. "Fishermen on two small boats could see that the boat was sinking and went to help. People tried to jump onto the boats but they were too many and those sunk. The rescuers died too," he said.

Nearby residents said the vessel was hired out for parties every weekend and often overloaded with revellers.

Lake Victoria is the site of many boat disasters. In September, hundreds died when the MV Nyerere passenger ferry sank on the Tanzanian side of Lake Victoria.

With a surface area of 70,000 square kilometres (27,000 square miles), oval-shaped Lake Victoria is roughly the size of Ireland and is shared by Tanzania, Uganda and Kenya.

It is not uncommon for ferries to capsize on the lake and the number of fatalities is often high due to a shortage of life jackets and the fact that many local people cannot swim.

In 1966, more than 800 people lost their lives on Lake Victoria when the MV Bukoba sank off the mainland town of Mwanza, according to the Red Cross.