At least 2 dead as thousands protest economic woes in Sudan 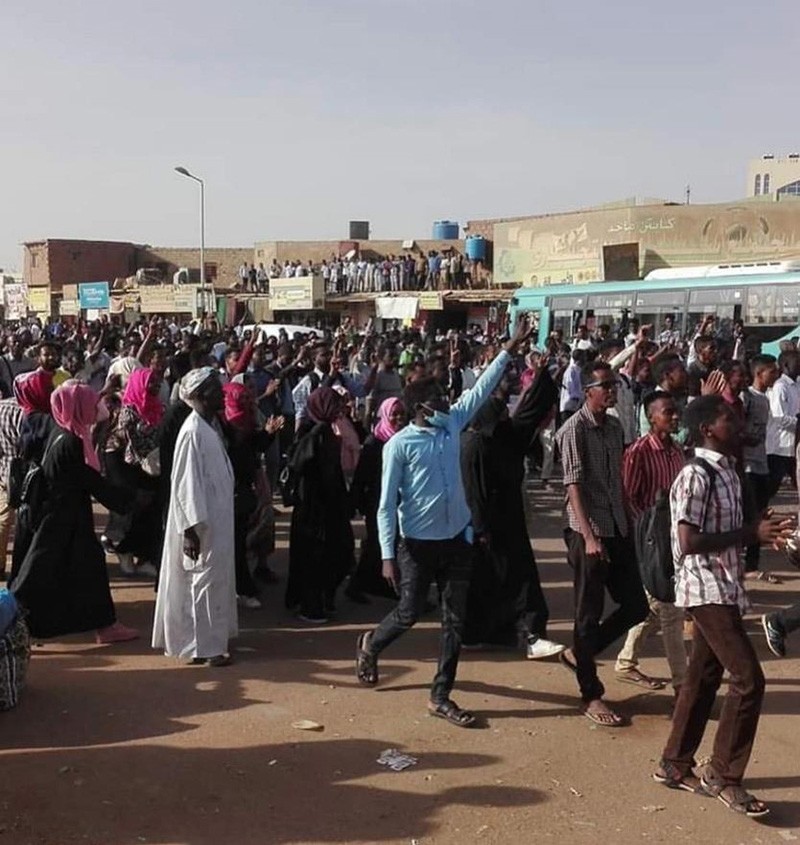 Violent anti-government protests broke out Thursday for the second consecutive day in a string of cities across much of Sudan, including the capital Khartoum where police used tear gas to disperse hundreds of protesters and an eastern city where at least two protesters are said to have died in clashes with police.

In the same eastern city, Qadaref, demonstrators surrounded the office of a local governor, forcing him to flee the scene in a speeding car under a hail of rocks. In Dongola, north of Khartoum, protesters torched the headquarters of the President Omar Bashir's ruling National Congress party,

The protests have been sparked by a steep rise in the price of bread that deepened the struggle of most Sudanese to make ends meet in the face of steady price increases and shortages of basic food items and fuel.

Besides Khartoum, Qadaref and Dongola, there were protests Thursday in Barbar and Atbara to the north of Khartoum. There were no protests in Khartoum Wednesday, which saw demonstrations in the Red Sea city of Port Sudan, Barbar and Atbara and Nohoud in western Kordofan province.

Morgue officials in Qadaref reported the two deaths, saying one of the two was a student. There were reports of fatalities among protesters in Atbara and Dongola, but these could not be independently confirmed. At least 20 protesters were also arrested Thursday.

The government has yet to comment on the protests, or give a figure for casualties or number of arrests.

A video clip obtained by The Associated Press purported to show the governor of Gadaref fleeing after protesters surrounded the local government's building on Thursday. The video showed a speeding sports-utility vehicle as it came under a shower of rocks thrown by protesters and coming close to running some of them over.

In Atbara on Wednesday, a mob torched the local headquarters of Bashir's ruling party. Another video obtained by the AP showed the glass-and-steel building engulfed in flames along with several cars parked outside. Authorities responded by declaring a state of emergency in the city and a night-time curfew.

After weeks of shortages, authorities hiked the price of a loaf of bread three-fold to about six U.S. cents, a move that is largely responsible for the latest wave of protests. The price of a range of basic items has significantly increased over the past year, pushing inflation up to at least 60 percent.

This week's protests coincided with the return to Sudan of opposition leader Sadeq al-Mahdi, the country's last freely elected leader, whose government was overthrown in a 1989 military coup led by Bashir. Al-Mahdi was living in self-imposed exile outside Sudan for nearly a year. Thousands of his supporters welcomed him home on Wednesday.

Addressing supporters, al-Mahdi proposed the formation of a national unity government to tackle the country's chronic economic problems and the internal displacement of Sudanese as a result of violence.

Sudan's economy has struggled for most of the 29 years Bashir has been in power. The situation rapidly deteriorated after the secession of the south of the country in 2011, which deprived Khartoum of the oil fields there.