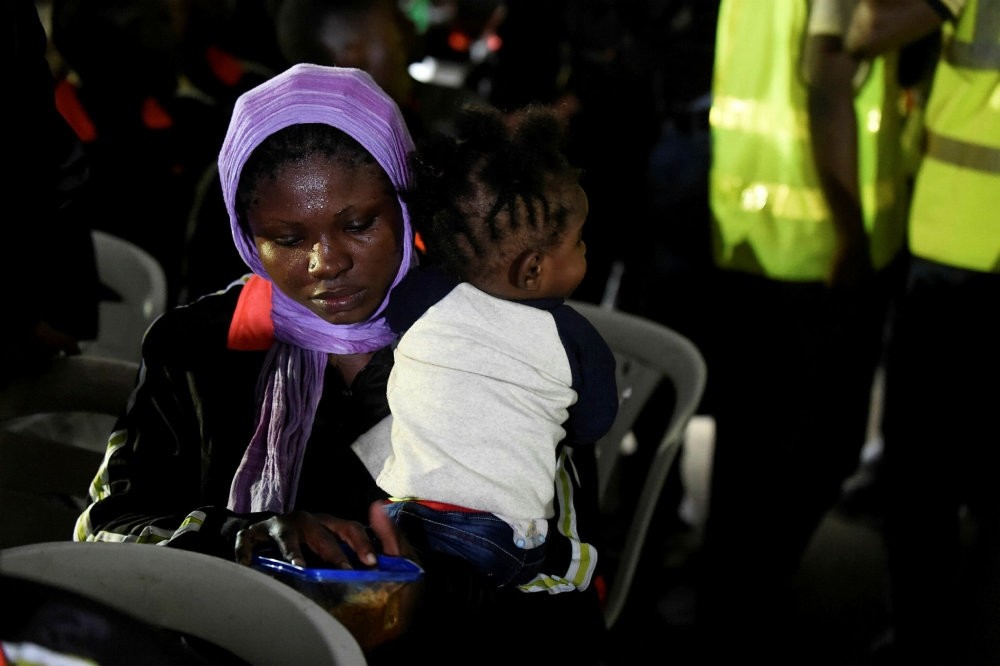 Women and older girls in Libya's detention centers are subjected to human rights violations, including gang-rape and sexually abuse at the hand of traffickers and smugglers, a U.N. report reveals

Women making the dangerous journey to Europe to flee poverty and conflicts in Africa are being gang-raped by traffickers or witnessed others taken away to be abused, according to a U.N. report. Based on 1,300 first-hand accounts, the U.N. Libya mission (UNSMIL) said in a 61-page report reveals "litany of violations and abuses committed by a range of State officials, armed groups, smugglers and traffickers" against women and older girls.

"The overwhelming majority of women and older teenage girls interviewed by UNSMIL reported being gang raped by smugglers or traffickers or witnessing others being taken out of collective accommodations to be abused," the report said. Spokeswoman Ravina Shamdasani confirmed that the abuse was sexual. Thousands of migrants who have been caught trying to cross the Mediterranean from Libya have been returned to the North African country and put in detention centers. There were an estimated 400,000 to 700,000 migrants in more than 40 detention camps across Libya, often with squalid conditions, according to the African Union. Authorities have mostly stopped journalists from visiting detention centers after television station CNN last year aired a video allegedly showing African migrants being sold off at auctions.

The report also considers Libya as unsafe country for migrants, given the considerable risk of being subject to serious human rights abuses. The report builds upon recent concerns expressed by U.N. officials and advocacy groups. The head of the U.N. refugee agency, Filippo Grandi, said in October that Libya – the main launch point today for migrants hoping to cross the Mediterranean Sea – has strengthened its coast guard in recent months, but not its other institutions. The report said Libyan authorities "have thus far appeared largely unable or unwilling to put an end to violations and abuses committed against migrants and refugees."

It also offered recommendations. "Libya's approach to managing migration must be overhauled, with human rights protections placed at the center of response plans," the report said. It called for the decriminalization of irregular entry into the country and the release of all migrants detained "arbitrarily." Until then, it said, women should be separated from male detainees, "guarded only by adequately trained female officers."

In the absence of political authority and security, Libya has been suffering from a "climate of lawlessness." In Libya, the turmoil engulfing this North African country has become a death trap for thousands of migrants, most of them from sub-Saharan African countries, seeking to escape poverty and find a better life in Europe. The vast North African country is home to competing governments and parliaments, with real power held by an array of militias, many of which make money from trafficking and packing hundreds of desperate migrants in unseaworthy boats to make the dangerous voyage across the Mediterranean.