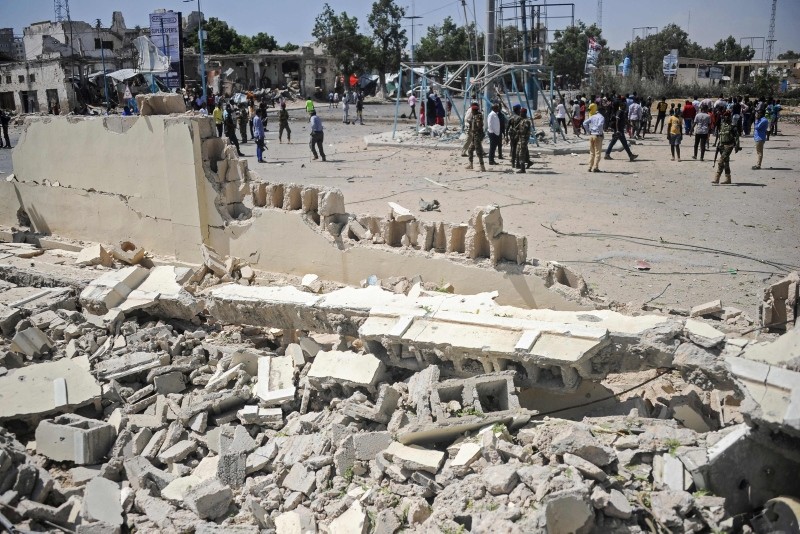 At least 16 people were killed and 20 others wounded when a suicide car bombing targeted a security checkpoint near the presidential palace in Mogadishu on Saturday morning, officials said.

"What we know about the attack is that a suicide car bomb blast targeted one of our security checkpoints in Mogadishu, killing at least 6 people," Ibrahim Hassan, a police officer, told Anadolu Agency over the phone.

A lawmaker, municipality official and eight others were rushed to hospitals for treatment, he added.

Casualties from the attack rose later during the day, security officials said.

A second bomb blast hit the same area an hour and half, sending thick white smoke billowing into the sky, said a police officer who did not wish to be named.

Local media reported that Mohamed Tulleh, deputy governor of Banaadir region in which Mogadishu is located, is among the casualties.

Al-Shabaab claimed responsibility for the bomb attacks in an online statement.

Somali spy agency National Intelligence and Security Agency (NISA) said in a tweet the perpetrator of the first attack and driver of the second car bombing had been arrested.

"We strongly condemn the terrorist attacks perpetrated in Mogadishu this morning with car bomb explosions, causing the loss of lives of many people and the injury of others.

"We wish Allah's mercy upon those who lost their lives in these heinous attacks, a speedy recovery to the wounded and convey our condolences to the friendly and brotherly Government and people of Somalia," the ministry said in a statement.