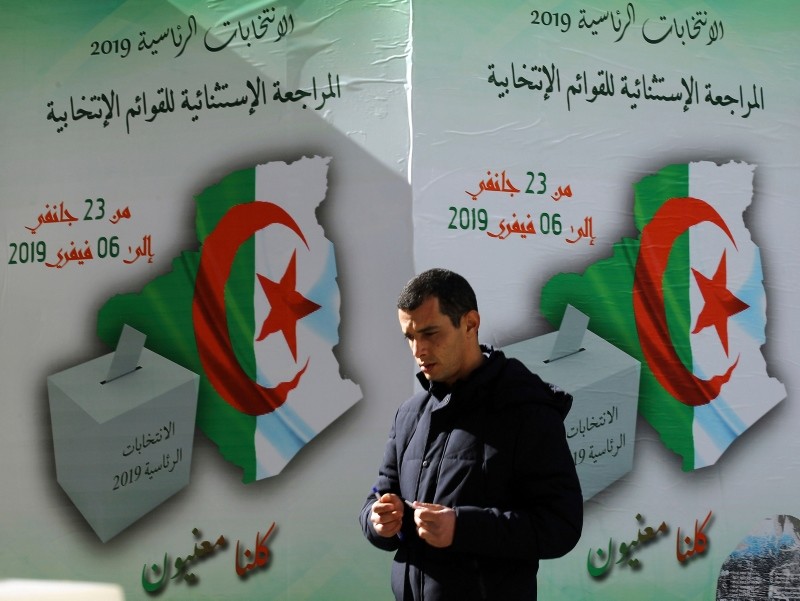 A record number of people want to run for president of Algeria in the country's April election, amid growing uncertainty about whether incumbent Abdelaziz Bouteflika, infirm since a 2013 stroke, is fit for yet another term after two decades in charge of this gas-rich North African nation.

In the two weeks since the electoral process was launched, 186 people have requested the documents needed to declare their candidacy. That's more than double the number of potential candidates at this stage in the last presidential election, in 2014.

Most will never get the signatures necessary to formally get on the April 18 ballot. But the range of candidates suggests wide frustration with the status quo.

Bouteflika, 82, is all but certain to announce soon that he plans to seek a fifth five-year term. Yet his fitness for office was already a question in the 2014 election, coming a year after a stroke left him speaking and moving with difficulty and largely in a wheelchair.

He has only been seen in public a few times a year throughout his entire fourth term — yet many Algerians would likely vote for Bouteflika again, for fear of the instability that his departure could unleash.

Algeria's Western allies also worry about a political earthquake in Africa's largest country by land mass, home to 42 million people and an al-Qaida affiliate that has targeted foreigners in the past.

The heads of several small political parties from across the spectrum are also hoping to run — along with many Algerians who don't have the slightest links to politics.

Would-be candidate Salah Kemmach wants to run because he was born the day that former President Houari Boumediene died in 1978.

"For me, it's a sign of destiny" he says in a video getting attention on social media. "I decided to take my responsibility to continue (Boumediene's) project, abandoned by those who succeeded him."

Another candidate, a former street cleaner from the western city of Oran, says he wants to be president "to eat steak."

While some dismiss the wannabe presidents as nothing more than carnival jesters, political science professor Mohamed Laggab of Algiers University says the huge number of potential candidates is a sign of degradation in Algerian politics.

"Political practices have fallen very low. When holders of dirty money buy parliament seats with billions, when people implicated in legal scandals find themselves in visible political posts, when people with no intellectual experience and no political conscience want to become president, minister, senator — then you shouldn't be surprised to see today this type of candidate," he told The Associated Press.

Corruption has long eaten away at public trust in Algeria, from its opaque energy sector to the highest levels of politics. Dirty money scandals surrounded the 2017 parliamentary election, with the son of the governing party leader suspected of taking bribes in exchange for spots on the party's candidate list. Other parties said they were approached by people offering to drum up signatures for potential candidates in exchange for cash.

Bouteflika won the 2014 election with 81 percent of the vote despite not even appearing in his own campaign. He is appreciated for helping reconcile the country after a devastating civil war in the 1990s between insurgents and the military that left around 200,000 people dead.

But the country and its people remain scarred by the years of violence. Algeria also still struggles with sporadic extremism and its struggling economy is heavily dependent on volatile world oil prices.