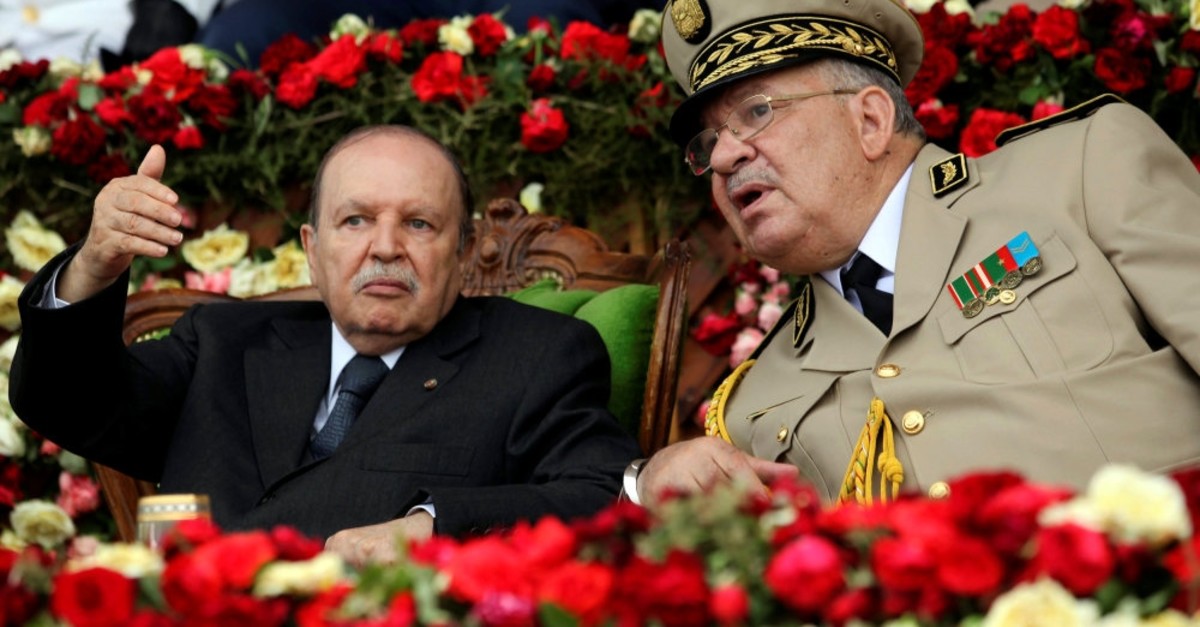 Algeria has been witnessing the biggest street protests in over a decade with the demand that incumbent President Abdelaziz Bouteflika must withdraw his bid for a fifth term. Other than his age, he also has apparent physical problems. Although the ailing leader appeared in public after years and promised to make certain reforms, the anger of protesters, who would like to country to adopt new policies on the economy and administration, was not mitigated. Finally, the army asked the president to leave the post. It is no coincidence that the Algerian army is involved in the latest incidents and has not supported Bouteflika and his team.

Algeria's army chief, Gen. Ahmed Gaid Salah, who had been warning that the country should be prevented from returning to the "painful years" of the civil war that lasted more than a decade, claiming thousands of lives, was not eager to mobilize the army in favor of the president. Moreover, it is not clear whether the army shares similar ideas with the people on the streets but gives priority to the country's stability.

The Algerian regime remained safe during the Arab Spring that euphorically swept across the Middle East and North Africa, leading to the fall of autocratic presidents of Algeria's neighbors, namely Tunisia and Libya.

The Algerian people seem to be more unified than their neighbors as they experienced both a war of independence and civil strife. In addition, the country is relatively prosperous thanks to its large oil and gas reserves. Yet, the global decrease in oil prices has hampered the country's economy as oil is one of its main sources of revenue.

After the ruling party, the National Liberation Front (FLN) withdrew its support for Bouteflika's suggestion that a national dialogue conference should be held for getting the country out of the political deadlock, the army chief said in a televised speech that the protester's demands were legitimate and the president's office must be vacated.

"We must adopt a solution that helps us out of this crisis. A solution that respects and adheres to the constitution so that it is suitable for all sides. This solution is stipulated in Article 102 of the Constitution," he said. "It is necessary, even imperative, to adopt a solution to get out of this crisis that responds to the legitimate demands of the Algerian people, and which respects and adheres to the constitution and safeguards the sovereignty of the state," he added.

From these statements it cannot be guessed whether or not the army will directly take power in the country, but it is certain that it will mount pressure on the president to leave the post. Nevertheless, the protesters on the streets responded cheerfully to the statement. It is clear that people are in favor of a change even if the reforms they have demanded are delayed. Because it is not expected that the army or a new president will make any sudden changes to the country's restrictive political regime and omnipresent state security service.