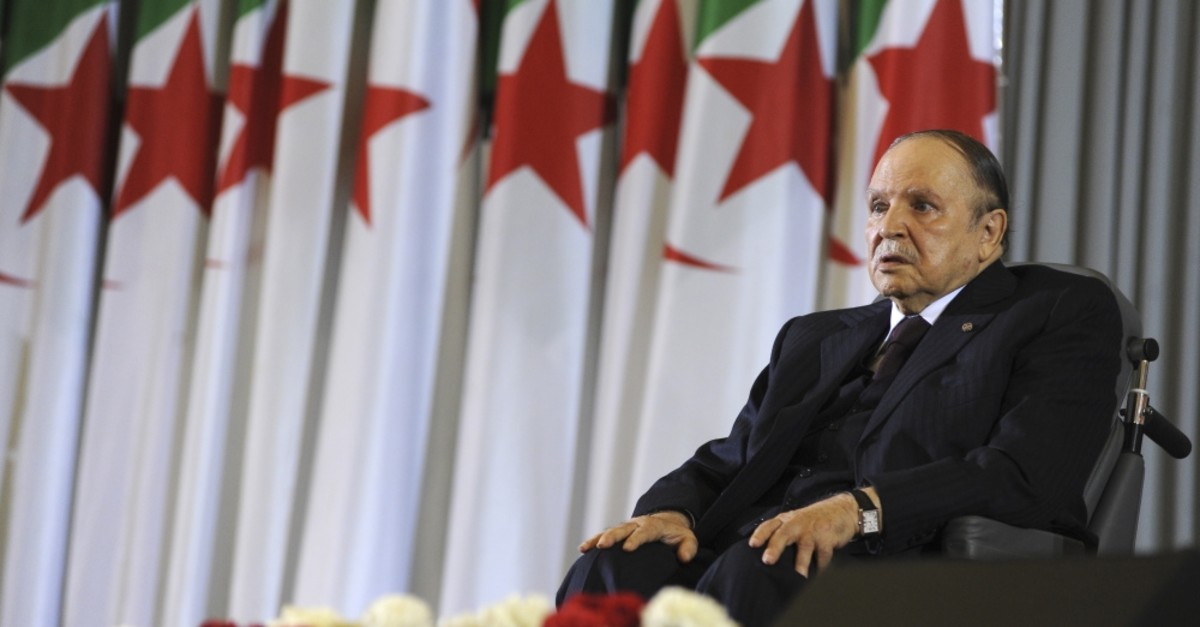 Algeria's ailing president, Abdelaziz Bouteflika, declared that he is going to resign but protesters worry this is simply a way to gain time for the ruling elite

Algeria's longtime president, Abdelaziz Bouteflika, finally submitted his resignation late Tuesday, letting the citizens "take Algeria to the better future they aspire to." Months-long protests in the streets, mostly peaceful, forced the ailing president to leave the post. Protesters are happy with the decision yet the question of what is next seems uncertain. The 82-year-old president, who suffered a stroke a few years ago and travels to Switzerland frequently for medical treatment announced that he was quitting in a letter published by the APS news agency. "My intention is to contribute to calming down the souls and minds of the citizens so that they can collectively take Algeria to the better future they aspire to.

"I have made this decision to avoid and prevent the arguments which distort, unfortunately, the current situation, and avoid its turning into serious skirmishes, to ensure the protection of persons and property," Bouteflika said in the letter.

The resignation was welcomed by the crowds as thousands of people took to the streets, chanting slogans. A new election has to be organized according to the constitution. "Under the constitution, the president of the upper house, the Council of Nations, steps in as interim leader for a maximum of 90 days so that elections can be organized," news agencies reported. It is unclear whether the elections will be held immediately.

The Algerian people are worried whether the resignation is an illusion as they were demanding more than just a simple resignation. Protesters on social media said they wanted the ruling elite to leave, not only the president. In the last few weeks, there have been no big clashes between protesters and security forces, but in the last few days, the police have begun using rubber bullets and tear gas. It is estimated that more than 1 million people attended marches last Friday. The recent developments indicate that the number of protesters has not decreased and their demands remain unchanged. While the army does not seem to be against the people's demands, the question remains whether it will lead to the changes that the people demand. Several reports in the Algerian media claim that the army is largely made up of the old ruling elite. Therefore, any change of power between Bouteflika and another figure supported by the army will not please the people.

While the protests started with economic motivations, people soon understood that they could force the president to leave the post. Now, they seem determined not to give up and want other members of the ruling elite to quit. Meanwhile, the president along with other leading political figures may play the time card to appease the protesters.