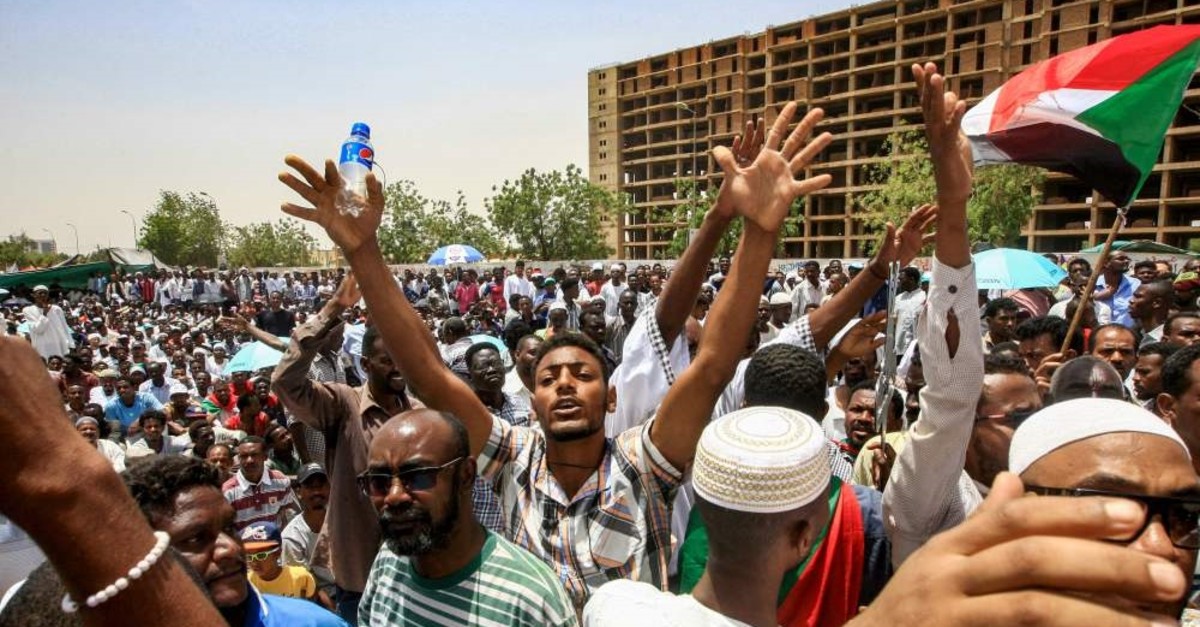 While the military is widely seen as game changer in Sudan and Algeria, angry populations in both countries are not satisfied by the military leaders' decision over the future of their countries

As fresh popular uprisings sweep through Sudan and Algeria, anger has mounted at both countries' militaries. In both countries, the military stage-managed the leaders' departure, in a likely attempt to preserve their power. However, at the heart of the protests in both countries is the deep sense of disenchantment felt by people in Algeria and Sudan. There are calls by opposition and civil society groups for protesters not to vacate the public spaces under the control of the people and to keep pushing for change.

Sudan's longtime President Omar al-Bashir's downfall through a military coup was the second time this month that a leader in the region has been forced out after mass demonstrations. Algeria's Abdelaziz Bouteflika, in power since 1999, stepped down on April 2 after six weeks of protests. It is important to recall that the army's intervention in the region has not resulted in democratic transitions as experienced in Egypt, where the army took control of both politics and the economy after a coup. The Algerian and Sudanese regimes remained safe during the Arab Spring that euphorically swept across the Middle East and North Africa, leading to the fall of autocrat presidents in the region.

In Sudan, demonstrators defied the coup leaders' decision to stay in power for two years. Word of Bashir's overthrow initially set off cheering, dancing and singing in the streets by thousands of protesters, until they heard the official announcement from Defense Minister Awad Mohammed Ibn Ouf that the military would remain in charge. Protesters who were initially jubilant over word of the coup reacted by saying they will not end their nearly week-long sit-in outside the military's headquarters in central Khartoum until a civilian transition government is formed. Tens of thousands beat drums, sang and chanted slogans against the armed forces and Ibn Ouf after nightfall. One of the organizations leading the protest said people were staying in streets in defiance of the 10 p.m. curfew. In response to growing frustration with the coup, Sudan's new military rulers vowed Friday to open a dialogue with all political groups on forming a civilian government. However, protesters dismissed the transitional military council as the "same old faces" from the old regime. While defending its seizure of power, the Sudanese military said it will not extradite deposed President al-Bashir but will put him on trial at home.

In Algeria, hopes among the protesters rose briefly last week when army chief Gen. Gaid Salah, responding to weeks of street protests, forced the ailing 82-year-old Bouteflika to step down from the presidency. However, anger has mounted over military chief Gen. Ahmed Gaid Salah, who was instrumental in Bouteflika's departure but then threw his support behind interim President Abdelkader Bensalah, who is seen as part of the old regime. Police were deployed around Algeria's capital to deter protesters arriving for an eighth straight Friday of demonstrations against the country's leadership. Algeria's protest movement has been overwhelmingly peaceful and driven by young people frustrated with corruption and unemployment and who want a new generation of leaders to replace people like Bouteflika, ailing and hobbled since a 2013 stroke.