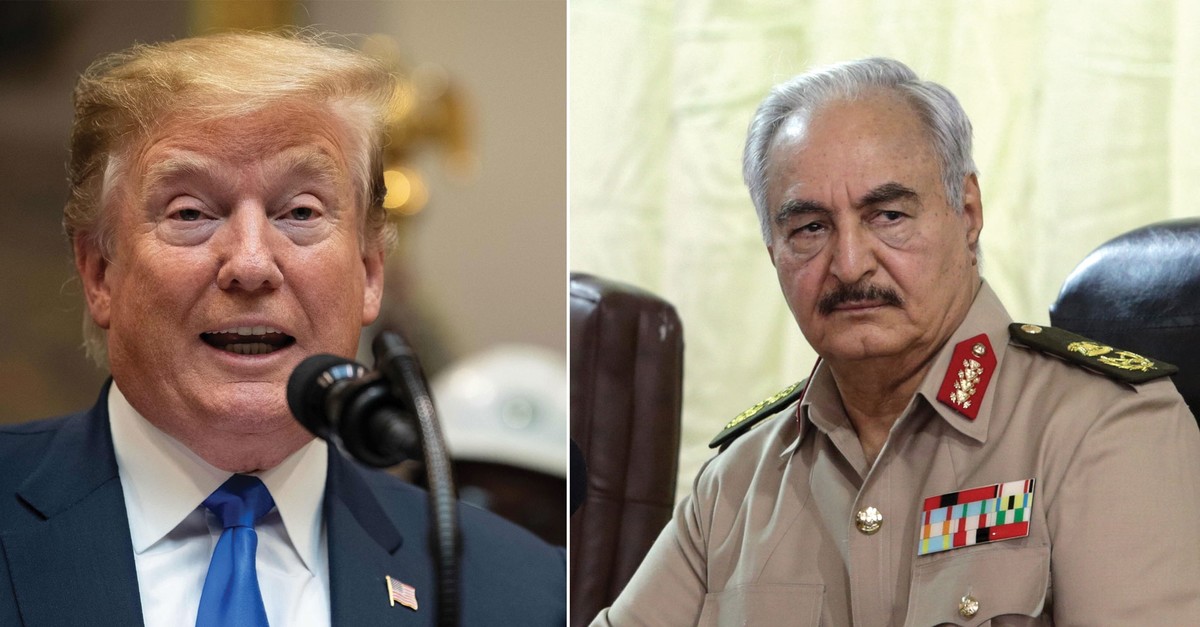 The White House said on Friday that President Donald Trump spoke by phone to Libyan commander Khalifa Haftar and discussed "ongoing counterterrorism efforts" by the leader of a military assault on the capital of Libya in opposition to the country's internationally recognized government.

It was unclear why the White House waited several days to announce the phone call, which took place on Monday. Europe and the Gulf have been divided over a push to seize Tripoli by Haftar's eastern forces.

In Tripoli on Friday, shelling could be heard in southern parts of the city as in previous days, residents said. No more details were available immediately.

On Thursday, both the United States and Russia said they could not support a U.N. Security Council resolution calling for a ceasefire in Libya at this time.

Also on Thursday, mortar bombs crashed down on a suburb of Tripoli, almost hitting a clinic, after two weeks of an offensive by Haftar's eastern troops on the Libyan capital, which is held by an internationally recognized government.

Trump arrived on Thursday at his Mar-a-Lago club in Palm Beach, Florida, for the Easter weekend.

Russia objects to the British-drafted resolution blaming Haftar for the latest flare-up in violence when his Libyan National Army (LNA) advanced to the outskirts of Tripoli earlier this month, diplomats said.

The United States did not give a reason for its decision not to support the draft resolution, which would also call on countries with influence over the warring parties to ensure compliance and for unconditional humanitarian aid access in Libya. The country has been gripped by anarchy since Muammar Gaddafi was toppled in 2011.

Jalel Harchaoui, research fellow at the Clingendael Institute international relations think tank in The Hague, said the Trump phone call was tantamount to supporting Haftar's operation and thus is "creating an environment where a military intervention by foreign states, like Egypt, is likelier."

"One reason behind Trump's phone call is that Haftar's army has revealed itself less powerful than the Libyan strongman had claimed," Harchaoui said.

Haftar was among officers who helped Colonel Muammar Gaddafi rise to power in 1969 but fell out with him during Libya's war with Chad in the 1980s. Haftar was taken prisoner by the Chadians and had to be rescued by the CIA after having worked from Chad to overthrow Gaddafi.

He lived for around 20 years in the U.S. state of Virginia before returning home in 2011 to join other rebels in the uprising that ousted Gaddafi.