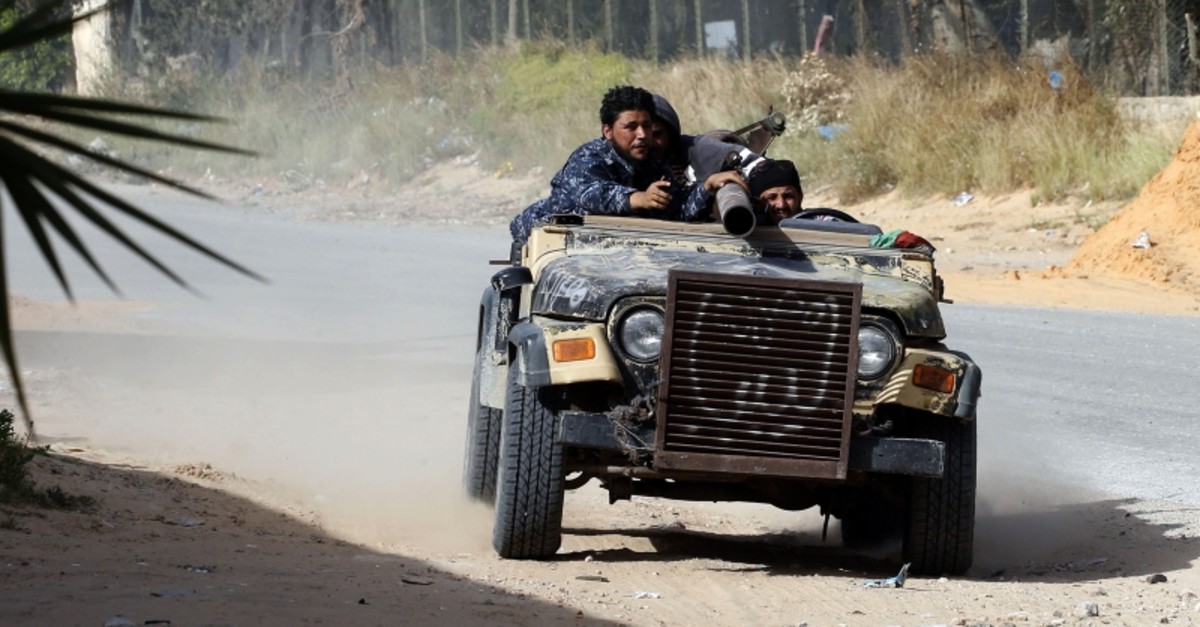 Fighting between rival Libyan forces for control of Tripoli escalated in the past couple of days, a spokesman for the self-styled Libyan National Army said Saturday, as the death toll rose to at least 220, including combatants and civilians, since the LNA declared a major military offensive to take the capital earlier this month.

Fighting erupted April 5 pitting the LNA, led by Field Marshal Khalifa Hifter and aligned with a rival government in the east, against militias affiliated with Tripoli's U.N.-supported government.

Ahmed al-Mesmari, LNA spokesman, told a news conference in the eastern city of Benghazi that heavy clashes have been underway between his forces and rival militias in the towns of Swany and al-Aziziya, south of Tripoli, which Hifter's forces seized earlier this month.

Residents in Tripoli said Hifter's forces seem to be making small progress and gains on the ground. They said fighting has been ongoing in residential areas, a few kilometers (miles) south of Tripoli. Both sides have used heavy artillery and airstrikes, they said.

The residents spoke on condition of anonymity for security reasons.

The fighting has killed 220 people, including civilians, since Hifter declared his offensive on April 5, the U.N. health agency said Friday. The World Health Organization said that 1,066 others have been wounded.

AP reporters saw Hifter's foreign minister Saturday in the Tunis hotel where he was staying, but the press conference he had scheduled was postponed at the last minute.

His press service distributed a statement saying it was because of "developments in Libya and the positive and fast-advancing evolution of events." The statement did not elaborate but said a new press conference would be arranged at a later date. The Tunisian Foreign Ministry spokesman suggested that the Libyans hadn't requested permission from Tunisia's government to hold the news conference.

Tunisian Foreign Minister Khemais Jhinaoui has intensified contacts in recent days with U.N. envoy Salame and various Libyan parties, calling on them to cease hostilities and resume negotiations. Tunis is officially neutral in the Libyan conflict and has hosted repeated diplomatic negotiations on Libya's future.

Tunisia wants to hold a meeting among the top diplomats of Egypt, Algeria and Tunisia in the coming days to discuss ways to solve Libya's crisis.

Libya has remained dogged by turmoil since 2011 when a NATO-backed uprising led to the ouster and death of former President Gadhafi after more than four decades in power. Since then, Libya's stark political divisions have yielded two rival seats of power, one in Tobruk and another in Tripoli and a host of heavily armed militia groups.

The military push by Haftar's LNA, allied with a parallel eastern administration based in Benghazi, marked a dangerous escalation of a power struggle that has dragged on since the overthrow of former leader Gadhafi. Haftar is not recognized by the international community, as the elected parliament of the country is centered in Tripoli. However, Haftar, with financial and political support of certain countries, including some Gulf states, has appeared as an influential actor in the war-torn country.