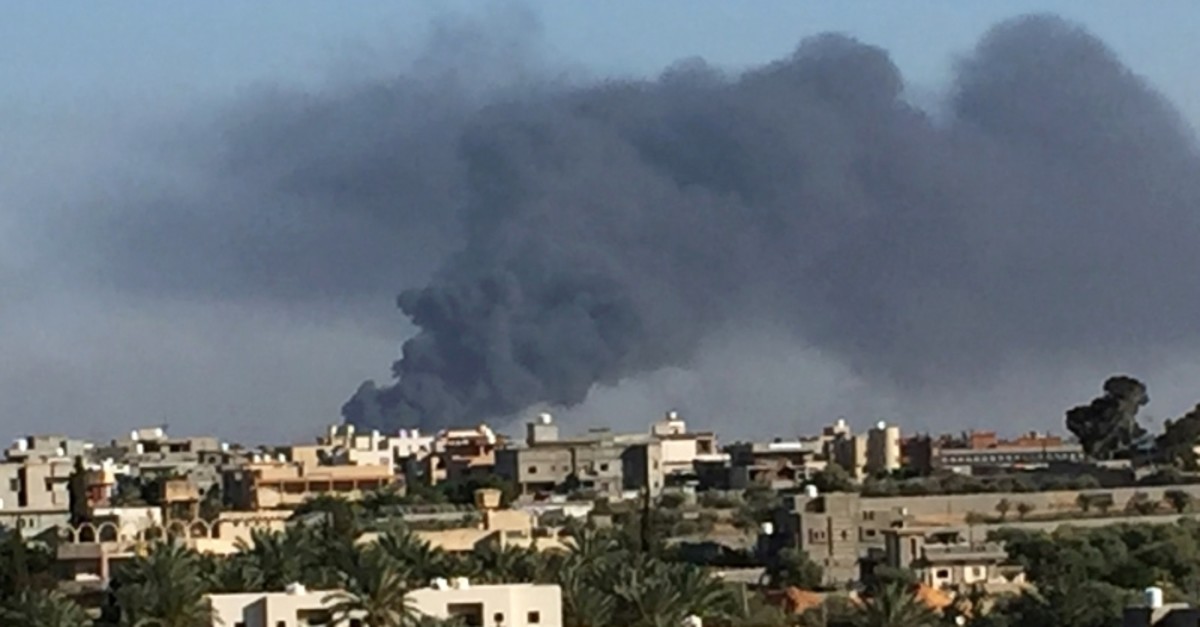 | Reuters Photo
by May 07, 2019 12:38 am
U.N. experts are investigating missile strikes near Libya's capital that were likely fired by Chinese-made drones and point to possible involvement by the United Arab Emirates, according to a confidential report seen by French Press Agency (AFP) on Monday.

The April 19-20 missile attack on the southern suburbs of Tripoli was carried out as forces loyal to commander Khalifa Haftar battled to seize the capital from the U.N.-recognized government.

A U.N. panel of experts said in the report to the Security Council that it had examined photographs of missile debris and had identified the weapon as a Blue Arrow air-to-surface missile, which has not been used in Libya before.

That missile is only in use in three countries — China, Kazakhstan and the United Arab Emirates — and is paired with the Chinese-made Wing Loong drone.

"The panel is now investigating the probable use of Wing Loong UAV variants by the [Haftar's Libyan National Army] LNA, or by a third party in support of the LNA," the report said.

The United Arab Emirates, Saudi Arabia and Egypt are seen as key supporters of Haftar, praising his battlefield successes against Daesh terror group and other militants in Libya.

Haftar launched his offensive to seize Tripoli on April 4, but his push appears to have stalled after militias backing the government in Tripoli put up strong resistance.

The experts said the use of the drones was "likely a recent non-compliance of the arms embargo as the weapon system reported on has not been identified in Libya before," according to the report sent to the council on Thursday.

The council has been divided on how to address the crisis from Haftar's offensive, with Russia refusing to condemn the Libyan strongman and the United States taking some time to consider the situation.

The panel presented an interim report after a key expert, Tunisian-German national Moncef Kartas, was arrested in Tunisia on suspicion of spying for unnamed "foreign parties."

Kartas, who was looking into illegal arms shipments to Libya in violation of the embargo, was arrested on March 26, less than 10 days before Haftar launched his offensive.

The arms embargo was imposed on Libya in 2011 as the country descended into chaos that led to the overthrow of dictator Moamer Kadhafi.