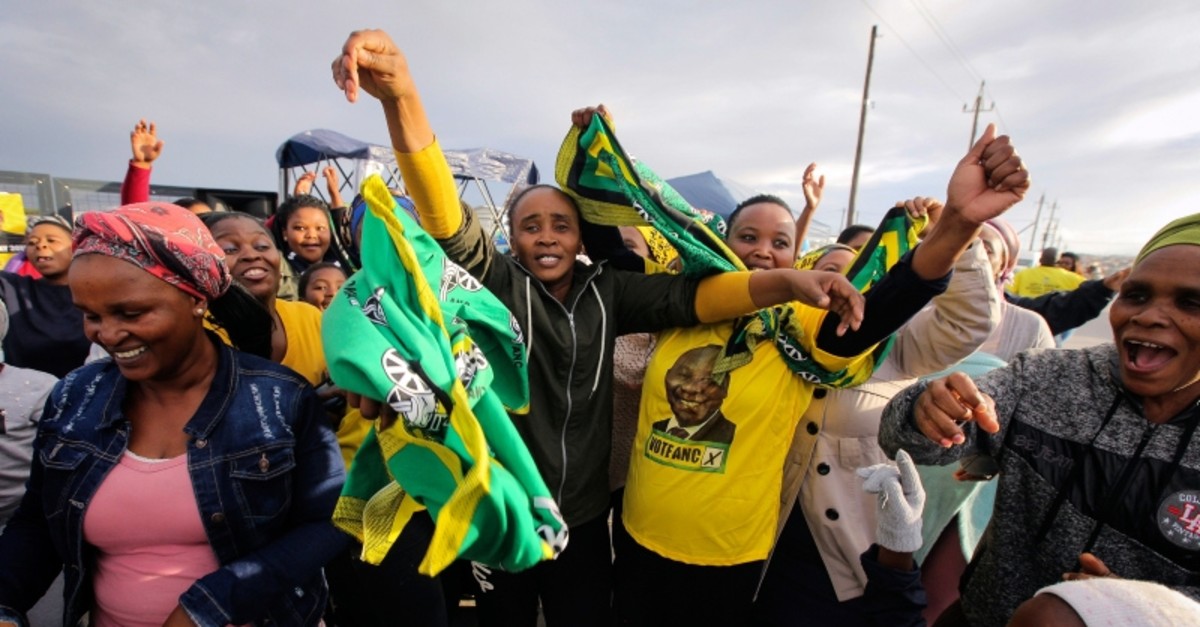 South Africa's ruling ANC was Saturday declared winner of general elections, handing it a sixth straight term in the post-apartheid era on what was nevertheless its worst electoral showing.

The African National Congress (ANC) won a healthy majority with 57.5 percent -- or 230 out of the 400 parliamentary seats

But that still represented 19 seats fewer than in 2014.

The official results, as declared by the electoral commission, were therefore the ANC's poorest ever showing in its long electoral run, which started in 1994, when Nelson Mandela led it to victory in the first multi-racial polls.

The ANC secured victory in eight of the country's nine provinces.

Voter turnout was another low at 65%, reflecting the frustrations of many South Africans after corruption scandals around the ANC that led former president Jacob Zuma to resign last year under party pressure. Turnout was 74% in 2014.

Current President Cyril Ramaphosa, a Mandela protégé, has vowed to clean up the rot and apologized to South Africans. But his new five-year term is threatened by Zuma allies within the ANC's leadership, who could pressure the party to oust him from power.

Observers have said South Africa's economy, the most developed in sub-Saharan Africa, would be further weakened if Ramaphosa is removed by his own party. He narrowly won the party leadership in late 2017, weeks before Zuma was pushed out.

Widespread disillusionment over the ANC and long-standing issues of high unemployment and poor delivery of basic services had been expected to give top opposition parties a boost in Wednesday's election.

But top opposition party the Democratic Alliance slipped in its share of votes, winning 20.7% and the Western Cape province, down from 22.2% in 2014. The populist Economic Freedom Fighters in just their second showing in parliamentary and presidential elections did gain ground, winning 10.7% of the vote, up from 6.3% five years ago.

The EFF won support notably among younger voters with its outspoken demands for a bigger share of South Africa's wealth from the country's white minority. It struck a chord in a country where unemployment is 27% and many in the black majority struggle to get by. The party also had promised to expropriate white-owned land without compensation and nationalize mines and banks.

Gauteng province, which includes the cities of Johannesburg and Pretoria, was still hanging in the balance as the final votes were being tallied.

In South Africa, the president and parliament are not elected directly. The number of votes won by each party determines how many representatives are sent to the national 400-seat legislature. The president of the country is the leader of the party that gets the most votes.

In a televised press conference on the floor of the national results center in Pretoria, 35 smaller parties banded together late on Friday afternoon, saying they may challenge the Independent Electoral Commission's result due to concerns over double voting.

On Thursday, local press reported that more than 20 people were arrested for voting twice. The commission told journalists it is investigating potential flaws in the voting system.

But election observers said at a media briefing Friday evening that the elections were held in a free and fair manner.

Former Tanzanian President Jakaya Kikwete, who is leading an African Union observer mission in the country, said a few hitches cannot be used to claim the entire polls were not free and fair.

Former Nigerian President Goodluck Jonathan, who is also observing the elections in South Africa, said the process was credible.

"We did not observe double voting or see anyone who was removing the indelible ink."