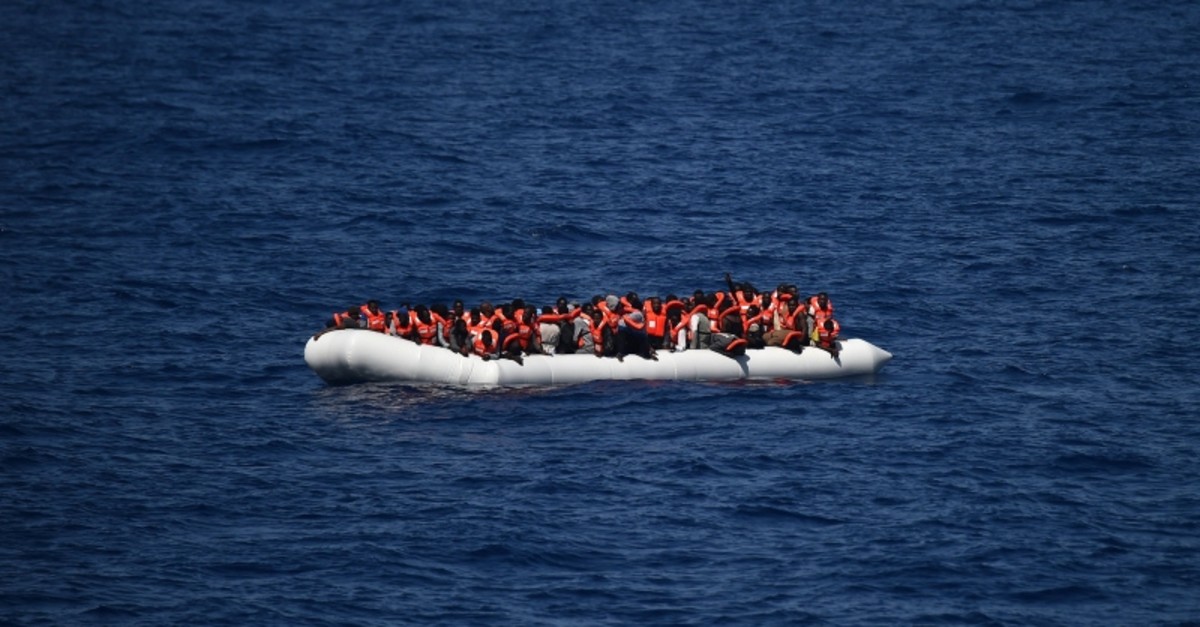 This file photo taken on May 24, 2016 shows refugees waiting on a rubber boat to be rescued during an operation in Mediterranean. (AFP Photo)
by Associated Press May 12, 2019 12:46 pm

Libya's coast guard says it has rescued nearly 150 Europe-bound migrants, including women and children, off the country's Mediterranean coast.

Spokesman Ayoub Gassim said Sunday that a rubber boat carrying 96 migrants, including 16 women and four children, was intercepted a day earlier off the city of Zawiya, 50 kilometers (31 miles) west of Tripoli.

Gassim said another boat carrying 51 migrants was intercepted Saturday off the town of Khoms, some 120 kilometers (75 miles) east of Tripoli.

He said the migrants were given humanitarian and medical aid, then taken to refugee camps.

Libya became a major conduit for African migrants and refugees fleeing to Europe after the 2011 uprising that ousted Moammar Gadhafi.

Libyan authorities have stepped up efforts to stem the flow of migrants, with European assistance.