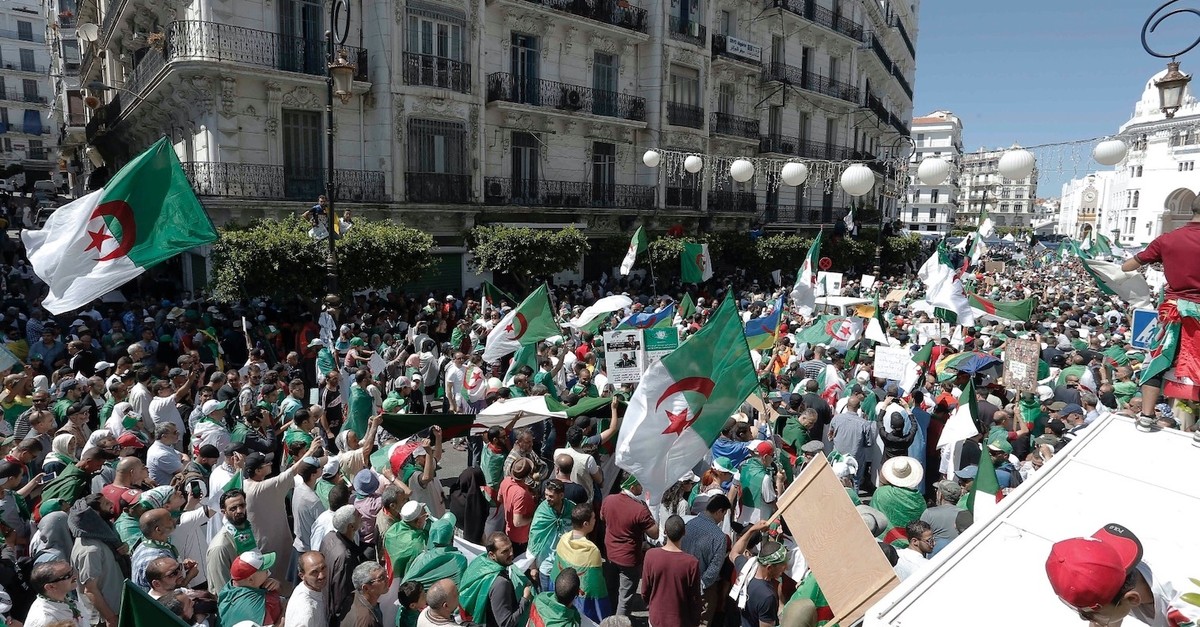 Algerian protesters gather during an anti-government demonstration in the center of the capital Algiers, May 31, 2019.
by Yusuf Selman İnanç
Jun 03, 2019 12:04 am

Algerians are still in the streets although longtime President Abdelaziz Bouteflika resigned almost two months ago. The army's stance changed the balances and forced the ailing president to leave the post. Yet, this time protesters demand that any prominent figure of the Bouteflika regime should not have a place in Algeria's future while security forces have arrested dozens. The protesters have been demanding comprehensive and fundamental changes in politics, administration and economy. But it is not clear who will carry out these changes. On the one hand, interim President Abdelkader Bensalah seems to be the most powerful figure. On the other hand, Algeria's constitutional council said it was impossible to hold elections on July 4 as planned. Moreover, only two little known candidates had submitted their candidacies.

Last Friday Algerians held another mass rally, rejecting the deal offer, made by army chief Gen. Ahmed Gaid Salah. "No dialogue with them" was the main slogan as Salah made a call to allow Bensalah and Prime Minister Noureddine Bedoui. In other words, the protesters reject any dialogue with the symbols of the former regime. "No elections with the gangs," was another slogan. Police detained dozens of protesters but failed to disperse the crowds.

While the tensions are escalated between protesters and the temporary government, the conclusion of Algeria's constitutional council increased the protesters' anger. On the social media, several Algerians claimed that postponing elections was a strategy to extend the interim government's time and to create more chance for them to convince protesters. However, the council's reason was in fact technical. The decision read there was "a lack of valid candidates, saying it had received only two candidates, who were deemed invalid." This decision angered protesters because the council did not set a new date for elections and asked Bensalah to "organize a vote at a later date."

Algeria, which has witnessed a bloody civil war and unrest for more than a decade, is still in fear of witnessing armed unrest or even a civil war. That is why each political front is cautious and not acting harshly. Although the main motivation of the protesters seems not to be ideological but economic, young people would like to see a real change in the country. Moreover, Bouteflika's resignation was just symbolic for protesters as elite businessmen, politicians and military officials are considered to be holding the real power in the country.