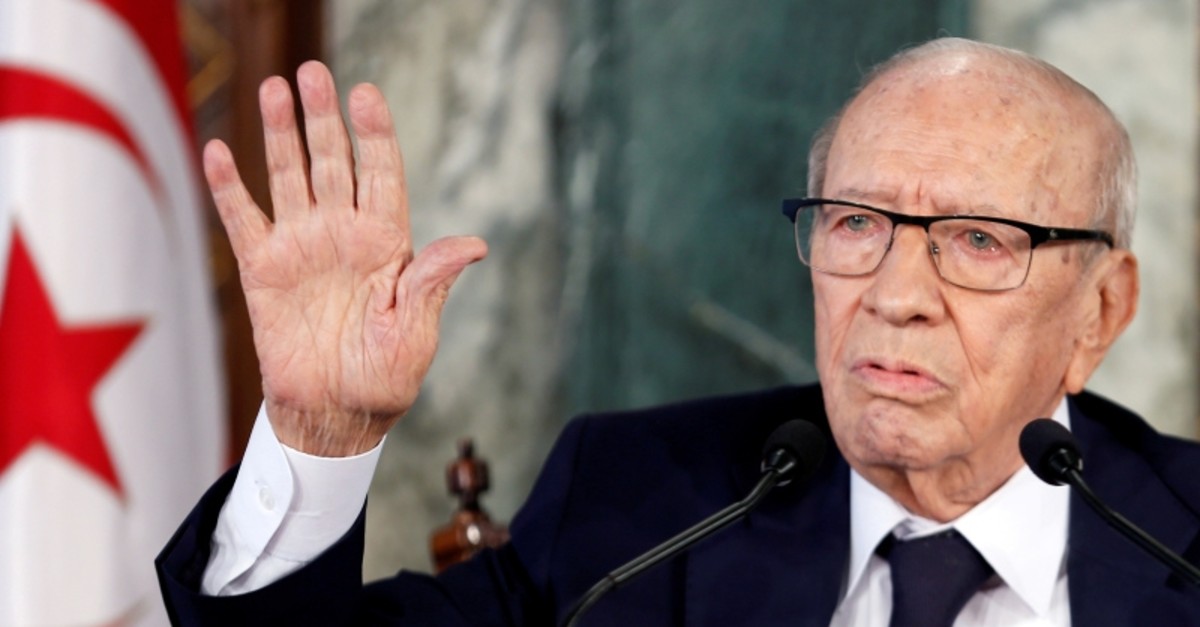 Tunisia's 92-year-old President Beji Caid Essebsi was taken to a military hospital on Thursday after suffering a "severe health crisis", the presidency said, as the country was rocked by two suicide attacks in capital Tunis.

Essebsi "was taken seriously ill and transferred to the military hospital in Tunis," the presidency said on its Facebook page earlier Thursday.

Shortly afterward, key adviser Firas Guefrech said on Twitter that the president was in "critical condition."

Tunisian broadcaster Ennahar TV announced that the president has died, but the claim was rejected by both the presidency and Prime Minister Yousef Chahed.

Chahed said on Facebook that Essebsi was receiving the attention he needed and that people should stop spreading fake news about his condition, after some reports said the president had died.

The presidency said in a new statement that "his condition now is stable and he is under the necessary checks."

Essebsi had been briefly hospitalized last week as well. He recently announced he wouldn't run again in elections this November, saying a younger person should lead the country, despite his Nidaa Tounes party calling for him to stand. The party has not identified another candidate yet.

The deterioration of his health came after two suicide attacks in Tunis on security forces killed a policeman and wounded eight people.

After the overthrow of Ben Ali, Essebsi led the immediate transition as prime minister in 2011. Essebsi had also been a senior figure before 2011, having served as foreign minister under state founder Habib Bourguiba and parliamentary speaker under Ben Ali.

Tunisia has been hailed as the only democratic success of the Arab Spring uprisings against dictatorship, with a new constitution and free elections in 2011 and 2014. Under a new constitution guaranteeing democratic freedoms, Essebsi has limited powers compared with Ben Ali, and he is mainly responsible for foreign and defense policies.

The day-to-day business of government and economic policy is run by Prime Minister Youssef Chahed, in office since 2016. He is also the main contact person for the International Monetary Fund (IMF) and other donors which have kept Tunisia afloat amid its economic crisis.

But political progress has not been matched by economic advances. Unemployment stands at about 15 percent, up from 12 percent in 2010, due to weak growth and low investment.

Parliamentary elections are expected to be held on Oct. 6 with a presidential vote following on Nov. 17. The polls will be Tunisia's third after the 2011 uprising. The North African country is widely seen as the sole democratic success story of the Arab Spring uprisings but has struggled with an economic slowdown and high unemployment, social unrest and terrorist attacks. Government troops have also been battling militant groups in remote areas near the border with Algeria.