Death toll from Kismayu hotel attack in Somalia rises to 26 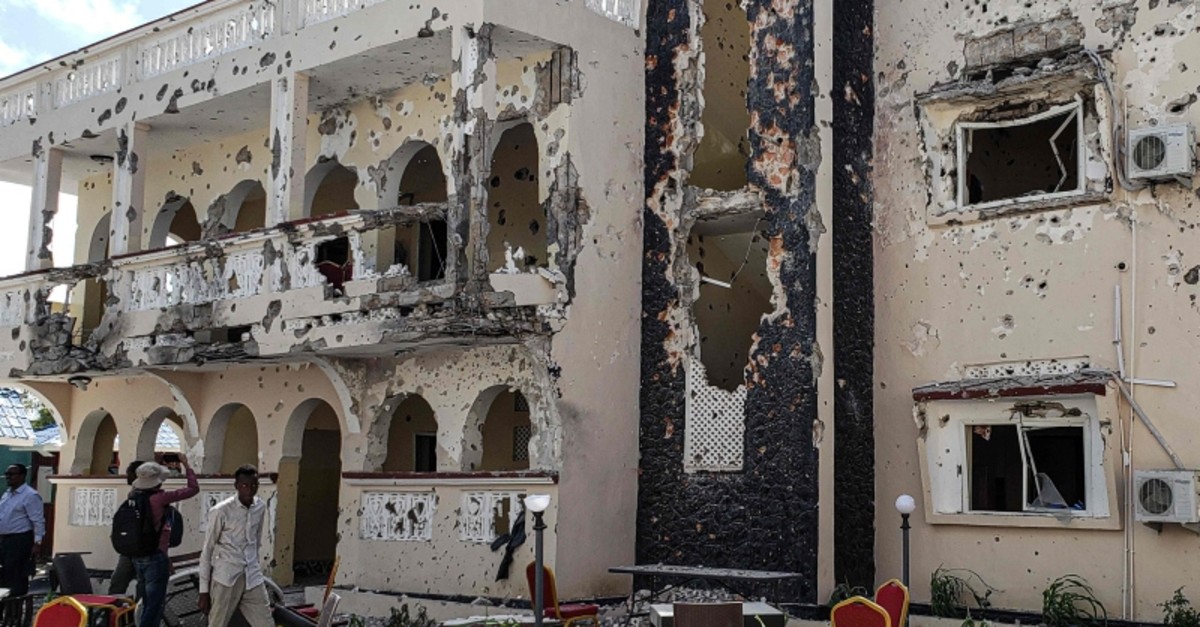 A man passes in front of the rubbles of the popular Medina hotel of Kismayo on July 13, 2019, a day after a suicide bomb and gun attack claimed by Al-Shabab militants targeted it. (AFP Photo)
by Associated Press Jul 13, 2019 11:58 am

Somali forces Saturday morning ended an all-night siege on a hotel in the southern port city of Kismayo, in which the death toll has risen to 26 people, including a prominent Canadian-Somali journalist and several foreigners, officials say.

Those killed include three Kenyans, three Tanzanians, two Americans, one Canadian and one Briton, said Ahmed Madobe, the president of Jubbaland regional state which controls Kismayo. Fifty-six people, including two Chinese, were injured in the hotel attack, he told reporters.

At least four al-Shabab assailants attacked the Asasey Hotel Friday evening, beginning with a suicide car bomb at the entrance gate and followed by an assault by gunmen who stormed the hotel, which is frequented by politicians, patrons and lawmakers.

Somalia's extremist al-Shabab group claimed responsibility for the attack. Al-Shabab, which is allied to al-Qaida, often uses car bombs to infiltrate heavily fortified targets like the hotel in Kismayo, which has been relatively quiet in recent years.

"I'm absolutely devastated by the news of the death of our dear sister Hodan Nalayeh and her husband in a terrorist attack in Somalia today. What a loss to us. Her beautiful spirit shined through her work and the way she treated people," Omar Suleiman, a Texas-based imam who knew the victim, wrote on social media.

Nalayeh was born in Somalia in 1976, but spent most of her life in Canada, first in Alberta and then in Toronto. She founded Integration TV, an international web-based video production company aimed at Somali viewers around the world. She was the first Somali woman media owner in the world.